7 Steps Authorities Have Taken To Step Up Road Safety 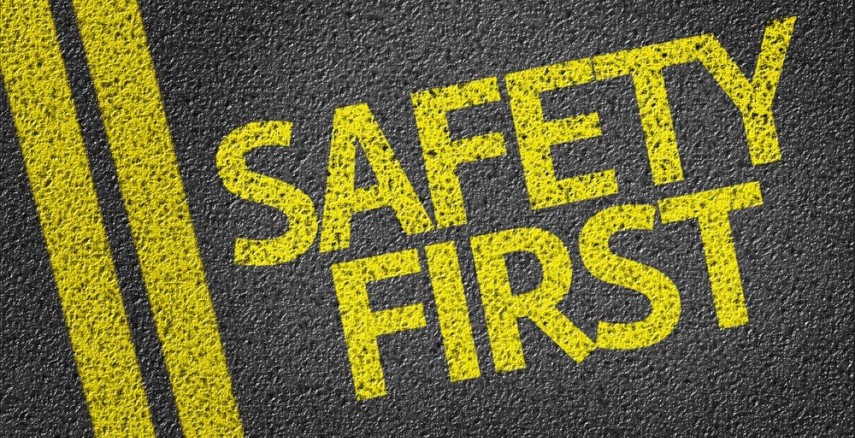 The numbers speak for themselves.

Data available with the World Health Organisation show around 1.25 million people die each year globally as a result of road traffic crashes. When compared to the global average, the number of road-related deaths that take place on Indian roads is higher ─ In India, around 1.5 lakh people die in around five lakh road accidents reported every year across the country.

Now, let us look at steps authorities across the country have taken in the recent past or are planning to take to make Indian roads safer.

SC for setting up of trauma centre in each district: Taking a serious note of the dire situation, the Supreme Court (SC) recently came up with a set of directives to improve road safety. It has directed states and union territories to make road safety norms part of school curriculum and also establish a trauma centre in each district. Additionally, the SC has asked states to set up road safety funds by March, 2018. Coming down heavily on the states that have not formulated the Road Safety Policy, the apex court told them to frame the rules by January next year, and implement it "with all due earnestness and seriousness". The apex court further said that the general public must be made aware of the Universal Accident Helpline number, 108, to stop road deaths.

Road accidents down 16 per cent in Bengal, thanks to safe-drive programme: The number of deaths due to road accidents in West Bengal has reduced 13 per cent in a year after the safe drive-save-life programme was launched in July last year. The number of accidents in the state decreased 16 per cent during the period and that of injured due to road accidents has also gone down by 12.4 per cent. The government had started the drive to inculcate a sense of safe driving and responsible road behaviour among the people.

Meanwhile, the state will be using 25 per cent of the fund left with departments after utilisation to develop rural roads and set up proper drinking water network.

An app that will help Delhi report potholes: The Public Works Department of Delhi has been entrusted with the job to launch a mobile application for residents to report potholes. The app would facilitate identification of the location, using GPS, besides informing the complainant about the details of the road-owning agency concerned. The PWD will coordinate for the repair work with various road-owning agencies, including the Delhi Development Authority, New Delhi Municipal Council, the other three municipal bodies, the National Highways Authority of India and Delhi Cantonment Board.

Delhi plans to introduce congestion charge: The national capital may soon follow the London model of levying congestion charge for driving a vehicle through designated roads, a move that will help authorities reduce clogging of streets with traffic. The Delhi Traffic Police is already carrying out a study to explore the possibility. There are certain roads which remain congested despite alternative routes being available. Congestion charge on such roads will ease traffic and prompt people to use alternative routes. An electronic system, similar to those in London and Singapore, will be launched for smooth implementation of the congestion charge, if the plan is implemented.

Delhi HC for nodal officers to monitor streetlights: Giving its order on a petition that said that highlighting vast stretches of roads remained dark despite crores of rupees being spent on LED lighting, the Delhi High Court has asked the Delhi government and civic bodies here to appoint a nodal officer to look into the issue of non-functional streetlights in the national capital. Authorities are told make public the name of this nodal officer so that public can directly approach the officer concerned with their grievances on poor street lights. It will be the responsibility of the nodal officer to also verify the nature and quality of the streetlights being installed on the roads and areas of the city.

Haryana to use drones to check over-loading of vehicles: With a view to checking overloaded vehicles on inter-state roads, the Haryana government has decided to set up check-posts at 18 different locations that would take the help of drones and CCTV cameras. Vehicles found defying the loading norms would be e- challaned. Teams comprising police personnel and staff from other government departments would be formed to man these check posts. Come January and overloaded vehicles would be e-challaned throughout the state with the help of android-based tablets, and a Wi-Fi thermal printer would be used to issue the challan slip.

Odisha town launches Samaritan policy: In the words of Road Minister Nitin Gadkari, one of the main reasons for the high casualty rate of road accident victims is the huge amount of time wasted in making quality emergency care available to them.

To address this, a Good Samaritan policy was recently launched in Odisha's Kendrapara district. Under the policy, the city administration would give Rs 2,000 as an award to those who extend support to road accident victims and bring them to hospitals.  To make sure people come forward to help such victims, it has been mandated that the police will not summon or question the Samaritans in connection with the accident. It is worth mentioning here that at least 400 people die in highway accidents every year in Kendrapara, and over 50 per cent victims die due to delay in finding medical help.