The recommendations, made in the 7th Pay Commission Report, are expected to raise incomes of 34 million employees and pensioners once the state and central governments implement them. (Dreamstime)

India's real estate sector is passing through a tough time; sales figures are down and the unsold inventory is piling up. According to the recent third quarter report by PropTiger Datalabs, from 51,000 in the first quarter of the current financial year, new launches fell to 37,000 in the second quarter. Home sales also plummeted from 57,000 to 49, 000 in the same period.  However, the recent Seventh Central Pay Commission report has come as a balm to provide some relief to the real estate sector in India.

Once the panel's recommendations are implemented (the government aims to roll out from January 1, 2016), an increase in salaries of government employees would give a leg-up property sales.

A recent report prepared by Neelkanth Mishra, Prateek Singh and Ravi Shankar of global financial services company Credit Suisse says that as more than 80 per cent of the Central government employees reside in Tier-II and Tier-III cities, the panel's recommendations would have a significant impact on the real estate cycle in small towns. Housing and transportation sectors would be the biggest beneficiaries of the rise in incomes and spending capacity of government employees, the report said. The recommendations are expected to raise incomes of 34 million employees and pensioners once the state and central governments implement them.

The Indian Express quoting the report wrote: “Altogether, around 80 per cent of the beneficiaries would see an increase of less than Rs 10,000 a month and account for 50 per cent of the payout. The rest would get around Rs 24,000 more every month on average."

Six million employees out of the total beneficiaries would see a monthly increase of about Rs 24,000 in salaries. These people are likely to be instrumental in lifting the demand for homes in India, says the report.

Bank of America Merrill Lynch (BofA-ML) had recently said that the pay panel was likely to support consumption recovery in the country.

"The boost to consumption would largely be spent on consumer discretionary items and housing. This stimulus would persist for two-three years, as the 7th Pay Commission award is implemented by state governments, public sector undertakings and universities," the research note said.

Meanwhile, on the supply side, the sector is likely to be supported by recent easing of the foreign direct investment (FDI) norms by the government. The government has eased FDI norms, including limitations on capital, minimum area required, and lock-in period in construction development. 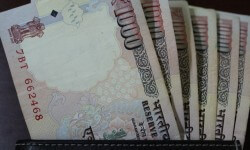 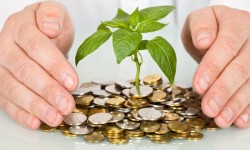 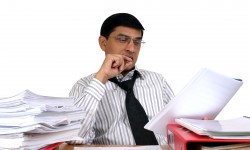