The central bank is entrusted with many tasks which includes controlling the liquidity in the system, the extent of money in circulation, the operation of banks and the currency exchange ratio. Here are certain instruments, which the RBI or commercial banks use, and have a deep impact over your mortgage loan.

What Is Repo Rate

What Is Reverse Repo Rate:

What Is Base Rate:

A base rate is lowest interest rate that a bank charges its customers. The base rate is decided by the banks. It is within the rights of the bank management to change it. The RBI does not directly control it, though it influences it through the repo rate and other instruments. When the RBI cuts the repo rate, for instance, banks may lower the base rate.

When the central bank cuts the repo rate, many banks pass on the benefit to customers by cutting their base rates. In 2015, many banks took long to cut the base rate even after the RBI governor Raghuram Rajan cut the repo rate in January and March.

The base rate, however, is not the interest rate at which banks lend to home buyers. Though many public sector unit (PSU) banks tend to lend at base rates, many commercial banks add a margin to the base rate while lending. The interest rate that banks charge depends on many factors including your own credit worthiness.

What Is Cash Reserve Ratio (CRR):

Cash reserve ratio is the percentage of bank deposits banks need to keep with the RBI. CRR is an instrument the RBI uses to control the liquidity in the system. Currently, the CRR is 4 per cent, though the range of permissible CRR is between 3 and 15 per cent. If the CRR is four, this means that the banks will have to keep Rs 4 with the RBI whenever bank deposits increase by Rs 100. Higher the CRR, lower the amount of money banks can lend out or invest. So, when the CRR is higher, lower would be the liquidity and vice versa. It is not necessary that a hike in the CRR would lead to a hike in home loan interest rate. But, as a hike in the CRR reduces the supply of credit, when the RBI hikes the CRR, banks would raise home loan interest rates if the demand for credit does not fall proportionately.

What Is Statutory Liquidity Ratio (SLR):

Statutory liquidity ratio is the percentage of funds banks need to maintain in the form of liquid assets at any point in time. But, banks need to maintain these funds in the form of government securities, bonds or precious metals, and not in the form of cash. Currently, the SLR is 19.5 per cent. These funds are largely invested in government securities. When the SLR is high, banks have less money for commercial operations and hence less money to lend out. When this happens, home loan interest rates often rise. When the SLR is low, similarly, home loan interest rates are likely to fall.

Both the CRR and the SLR influence the extent to which commercial banks can lend out money to home buyers. If the RBI keeps both these rates too high for too long, banks would become cautious and lend less. Home buyers seeking loans would find this to be a difficult situation to be in. 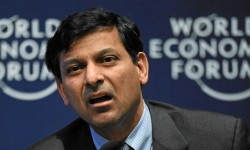 What Is Monetary Policy And How Does It Affect Your Home Deals? An Explainer