The centre may come to the recuse of proprietors of fitness centres, who have been affected, after a Supreme Court-appointed monitoring panel ordered all entities that have been set up in the national capital after August 12, 2008, to be sealed. The centre is likely make amendments in the Delhi Master Plan, 2021, to make provisions to accommodate these entities. "We will make a master plan for Delhi and it will accommodate the gyms into it," housing minister Hardeep Singh Puri has reportedly said.

June 2018: Bringing a big relief from sealing to the troubled traders in the national capital, the Delhi Development Authority has approved the amendments in the Master Plan for Delhi 2021. As many as 814 objections and suggestions for shop-cum-residence category and 115 for godowns category were received from public, as the Supreme Court has ordered the centre to invite suggestions and feedback before modifying the master plan.

The amendments, approved by the Delhi Development Authority were aimed at granting protection from the ongoing sealing drive in the national capital. The proposal with approved amendments was expected to be sent to the Urban Development Ministry for its approval.

According to media reports, the new amendments will strike a balance following concerns raised by the resident welfare associations (RWAs), traders, the Board of Enquiry and the Hearing and DDA Technical Committee.

Here are the most prominent amendments made to Delhi Masterplan 2021:

*Uniform Floor Area Ratio (FAR) for both residential and commercial properties, enabling regularisation of unauthorised construction. This means the FAR for 100 square metres (sqm) was earlier variable, ranging from 180 to 225, but now it is recommended to be a uniform 350 for 100 sqm.

*Rationalisation of parking, FAR and conversion charges to be calculated on the basis of circle rate category. One-time parking charges shall be paid by the owner as down payment or maximum in four installments within a year.

*Commercial activities to be permitted in basements, subject to fulfillment of certain conditions. Other service professionals like IT professionals, real estate agents, matrimonial services etc., have also been permitted as part of permissible uses under mixed use.

*Pedestrian shopping streets or areas to be developed where parking spaces are not available in the vicinity.

*Outdoor unit of air-conditioning shall in no case extrude from the plot line or be placed on the rooftop. Exhaust duct shall not open directly towards the public lane or face the other residential plot.

*Restaurants, clubs, pubs shall not be allowed in the residential premises. Some areas developed prior to 1962 like Lajpat Nagar, Rajouri Garden, Tilak Nagar, Kamla Nagar, having concentration of commercial activities, may continue subject to conditions prescribed under the mixed use regulations.

*Stand-alone godowns having direct access of minimum 30 m road and having storage of non-polluting and non-hazardous materials, shall be allowed

*In order to promote parking, the owner of the plot will be allowed to amalgamate the plots up to minimum plot size of 1,000 sq m, to provide additional parking on the amalgamated plot

*The amount collected on account of various charges will be credited to a designated fund (escrow account) to be used exclusively for augmentation of infrastructure facilities and amenities (parking, public toilets, water supply)

Earlier, the SC-appointed monitoring committee has asked authorities to intensify the sealing drive. The local shopping complexes (LSCs) was on the radar. A circular from the committee to civic agencies in Delhi read: "The LSCs, under the jurisdiction of New Delhi Municipal Council and south, east and north Delhi municipal corporations that violate the standard building plan, be sealed immediately."

The sealing drive by the municipal corporations earlier raised large-scale public grievance as the shopkeepers and traders associations had been demanding applicability of residential plots development control norms for the shop-cum-residential plots. It was recently that the Supreme Court questioned the land owning agency on the proposed amendments in the Delhi Master Plan 2021 and raising the permissible FAR for shop-cum-residence plots and complexes at par with residential plots and asked DDA to file an affidavit on it. Incidentally, the monitoring committee was set up by the Supreme Court to oversee implementation of laws related to the sealing of illegal premises in Delhi.

However, the Delhi government has shown dissatisfaction over the proposed amendments. As per the official statement, the ruling party has said, “The amended master plan will not bring any immediate relief from sealing as shopkeepers will continue to face the wrath till the Supreme Court accepts finalised amendments and that will take considerable time. Also, shops sealed during this drive can't be opened at least till then because of which affected traders have no relief. The only way to immediately stop sealing is to bring in an ordinance.”

Renting vs Buying Property in Delhi 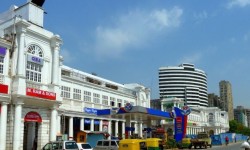 Connaught Place: The Heart of Delhi