To spruce up the failing finances of the infrastructure sector and projects, the Union Finance Ministry recently announced a hybrid annuity model that will reduce risks involved in the execution of infrastructure project, especially roads and highways. Highway projects built on such a model will have a mix of Engineering, Procurement and Construction (EPC) and Build-Operate and Transfer (BOT) models.

A BOT model is a public-private partnership (PPP) model, in which private companies or infrastructure developers after getting the contract for a project, execute and run it for some years and then transfer it to the National Highways Authority of India (NHAI). This model has been successful in ensuring a timely execution of many highway and toll road projects. However, the BOT model later fell into troubles, with a number of players joining the fray with aggressive biddings. Projects based on this model later became victims of falling profit margins, landing their executors into debt. A number of projects failed midway due to lack of funds. In the financial year 2013-14, cancelled projects based on this model stood at 17 per cent, according to a report by rating agency, ICRA.

Projects built on the EPC model are fully funded by the government, while a contractor is responsible for building them. This model has been more popular in the country. However, a complete dependence on this model requires huge government funds. The hybrid model would help sort this out.

With the hybrid model, the government will fund only 40 per cent of the total project cost. While this will reduce the developer's burden, the model will ensure timely execution of projects. Banks would also be more willing to loan such projects. This will further reduce the time taken for the financial closure of projects.

On road to recovery

Hit by a slowing economy and rising debts of sector players, infrastructure project cancellation reached a peak of 49 per cent in 2011-12. Interestingly, this period also saw the highest numbers of project awarding. In the financial year 2013-14, the government took several initiatives to ensure that the execution rate of road projects went up.

“Several positive initiatives were taken up by the government during 2014. These include quick resolution of non-moving projects, delegation of powers of grant of forest clearances to regional offices, online filing for clearances to construct rail over and under-bridges and higher limits on sand mining. These steps have actually started yielding results,” said the ICRA report.

The rating agency also predicts that the rate of execution will go up 15-20 per cent in the current financial year, as the government is focusing on quick resolution of stagnant projects. In 2015-16, the NHAI also plans to re-award projects that were cancelled in the past few years.

While they try to market their property, we often see builders' brochures boasting of upcoming metro lines, future road connects, etc. These factors are key drivers of price rise of properties in future. So, real estate projects will gain heavily from a highway project. The Dwaraka Manesar e-way and the Yamuna Expressway projects have been creating real estate hubs around them.

(Katya Naidu has been working as a business journalist for the last nine years, and has covered beats across banking, pharma, healthcare, telecom, technology, power, infrastructure, shipping and commodities.) 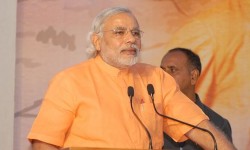 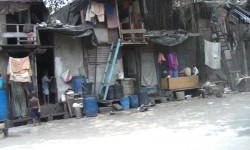