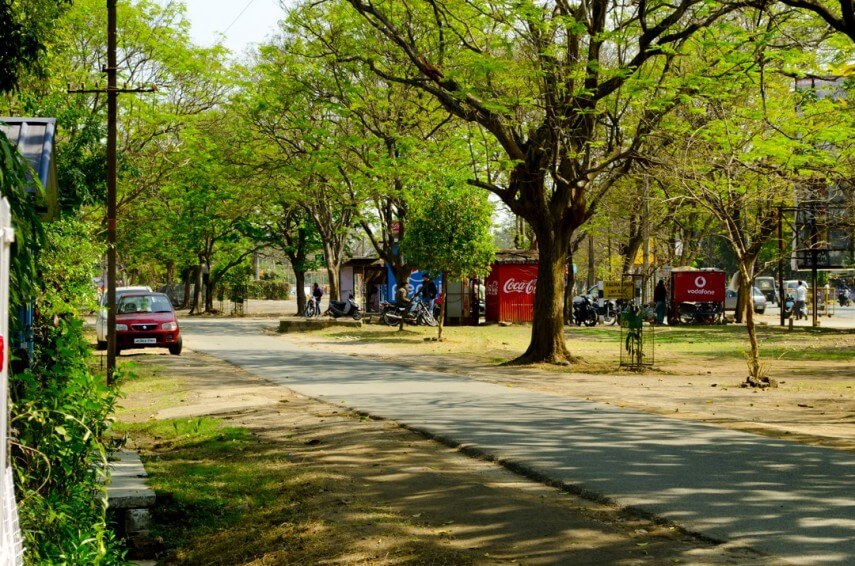 Jamshedpur is the one of the cleanest cities in India. (Wikipedia)

Land acquisition has always been at the heart of debate on India's growth. Many believe that the United Progressive Alliance's version of the land acquisition Bill has made land acquisition an impossible task. Even though the Narendra Modi government tried to get an amended Bill passed in Parliament to make acquisition easier, the government had to give in because the necessary political consensus was not emerging. The government, however, decided to give state governments powers so that they can frame their own laws.

The fact is that easy land acquisition laws, at least to an extent, can help tackle India's civic management woes. Let's understand the reasons behind it.

When we think of infrastructure, we think of large public sector undertakings. But, a significant fraction of the infrastructure that many of us use every day is built and managed by private enterprises or individuals. Hotels, for instance, have common areas, swimming pools, and sewage systems. This is true of private firms, too. Amenities in residential developments are also on shared basis. Offices and shopping malls have car parking spaces. The difference is, of course, that beyond their property line, they do not provide these services. The obvious inference from this is that if property lines of private firms and real estate developers are extended further, the quality of infrastructure in Indian cities will improve significantly.

Jharkhand's Jamshedpur is a good example of this theory. With the onset of the 20th century, 15,725 acres was given to the Tata Iron and Steel Company Limited by the then government of the undivided Bihar. The Tatas built their offices and houses, invested in civic amenities and social infrastructure such as schools, hospitals and parks. They also leased out land to other industrial enterprises and built infrastructure in the area to attract more skilled workers.

Today, Jamshedpur, nicknamed Tatanagar, is one of the cleanest cities in the country. There is no other Indian city where sewage is treated entirely. In 2006, JUSCO, a subsidiary of Tata Steel, found that the power availability in Jamshedpur was 99.42 per cent, the highest in India. (JUSCO provides public utilities and infrastructure in Jamshedpur.) The only Indian in comparison was Mumbai. Power tariffs in Jamshedpur were lower than other Indian cities.

The ORG Marg Nielsen has ranked Jamshedpur among the best in India in quality of living index, sanitation and cleanliness. The city is one of the rare Indian cities where you can drink water safely from the tap. The power usage is much higher than the national average and incomparably higher than Jharkhand capital Ranchi. Roads and drains in Jamshedpur are cleaned daily with sophisticated technology. Many studies indicate that virtually all alleys in Jamshedpur are better maintained than the roads in India's best cities. As Tatas use better technology, pollution is much lower in the Steel City, even though we may expect a company town to be much polluted.

It is India's only UN Global compact city. JUSCO did such a good job that virtually all adults of Jamshedpur who would have come under the ambit of it signed a memorandum against a municipal corporation being created in 2006. Jamshedpur is the only million-plus city in India without a municipal corporation. These facts do not necessarily prove that Indian cities will improve if they are turned into private corporations. But, this certainly indicates that if large-scale land acquisition is allowed, private infrastructure would be extended to a much wider scale. The results are indeed impressive.