The first month of the year 2017 brought with it good news for the real estate sector in Ahmedabad. According to a PropTiger DataLabs report, for January 2017, homes sales and new launches both saw a monthly uptick while prices witnessed only a marginal increase.

According to the report, as against 50 units in December last year, the number of new launches in the city increased to 2,000. A majority of these launches, says the report, were concentrated in the affordable segment. On an annual basis, too, number of new project launches in Ahmedabad saw an increase of 113 per cent.

Home sales, on the other hand, witnessed a monthly increase of 10 per cent—on an annual basis, however, sales declined 41 per cent.  In December, new project launches in the city declined 91 per cent over November while sales increased one per cent. While there has been no monthly increase in price, property rates increased three per cent on an annual basis, the report shows.

Among the localities that contributed the highest to monthly homes sales in Ahmedabad were Gota, Narolgam, Chandkheda, Bopal and Maninagar, in that order. According to the report, these localities together accounted for 38 per cent of the total home sales in the month. These localities offer property options across segments. For instance, while average property prices in Narolgam stand at Rs 1,900 per square foot (sq ft), you have to pay Rs 4,200 per sq ft for property in Maninagar. In Gota, Chandkheda and Bopal, average property prices vary from Rs 3,000 per sq ft to Rs 3,800 per sq ft.

Also read: Check Out The 5 Most Expensive Properties In Ahmedabad 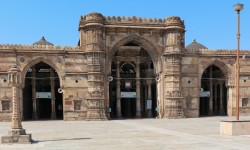 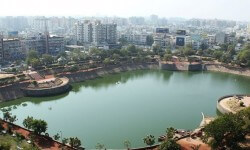 5 Ahmedabad Localities That Can Multiply Your Money