The Central Bureau of Investigation (CBI) conducted raids at 16 places after registering a case against former Haryana chief minister Bhupinder Singh Hooda, who happened to be the chairman of Haryana Urban Development Authority (Huda) in 2012 when allotment of 14 industrial plots were made in Panchkula to his relatives. Raids were conducted at Delhi, Faridabad, Gurgaon, Panchkula, Chandigarh, Karnal and Rohtak. Read more

In the first major construction on salt pan land in Mumbai since the 1991 coastal regulations, a Rs 2,000-crore office-cum-residential complex of the Government of India will come up at Wadala. The 41-acre plot is currently used as a customs godown, known as the Suleman Shah compound. The Central Board of Excise and Customs plans to build two twin towers over the next five years to house 28 offices, 1,700 residential flats for officials of excise, customs and service tax. Read more

The central government has indicated that the number of smart cities in India may cross the 100 mark. It has allowed seven state capitals — Patna, Bengaluru, Naya Raipur, Itanagar, Shimla, Thiruvananthapuram and Amravati — to participate in the competition. On May 24, the government had announced a list of 13 new smart cities, taking the total count to 33. The selected cities were Agartala, Bhagalpur, Chandigarh, Dharamshala, Faridabad, Imphal, Lucknow, New Town Kolkata, Raipur, Ranchi, Panaji, Port Blair and Warangal. Read more

The government recently recommended to the President a fresh ordinance to amend the Enemy Property Act to allow custodians to continue to hold sway over such properties. The aim behind the recent move is to negate the effect of a court judgment as the Bill to replace the ordinance is pending with the Rajya Sabha which had referred it to a select committee. Following the end of the Budget session, the ordinance had lapsed. Read more

Panaji's technical committee for Atal Mission for Rejuvenation and Urban Transformation (Amrut) has given its approval to the state annual action plan (SAAP) which includes construction of projects worth Rs 60 crore. The approval was also given for the creation of green spaces and parks in the city and overhauling the urban mobility systems. Read more 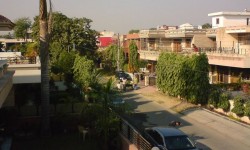 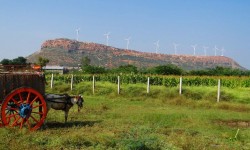