India's airports, highways and railways will boost the country's infrastructure success story. This was stated by Finance Minister Arun Jaitley at an event in New Delhi recently to mark the recognition of the Indira Gandhi International airport as the world's best by the Airport Council International for two consecutive years — 2014 and 2015. "We have transformed into a fast-growing economy. This will be a turning point for India's infrastructure," he said. Read more

The Art of Living (AOL) foundation has deposited Rs 4.75 crore 'environment compensation' with the Delhi Development Authority. The National Green Tribunal had slapped a fine on the AOL for damaging river Yamuna's biodiversity during its World Culture Festival held in March  this year. Read more

The Maharashtra government has proposed to allow residential and commercial usages in industrial zones in the state. On lines of Nagpur and Mumbai, the provision has been proposed for 16 municipal corporations, including Amravati and Akola from Vidarbha. Read more

Upbeat on infrastructure growth in India, Swedish furniture giant IKEA has sought 450 acres at a proposed cluster at Kandla port in Guajrat. This was stated by Union Minister Nitin Gadkari recently. The minister added the retailer was ready to provide technology, know-how and expertise to the cluster and buy the entire finished product.  Read more 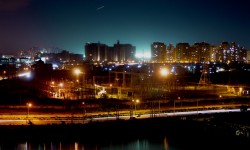 Adani, DIAL, Throw Their Hats In The Ring For Jewar Airport