The Indian capital is the most unsafe among 19 major cities in the country, accounting for nearly 40 per cent of rapes reported, 33 per cent of crimes against women and the highest crime rate in 2016, according to data released by the National Crime Records Bureau (NCRB). New Delhi also has the dubious distinction of topping the list in cases of murder, kidnapping and abduction, juveniles in conflict and economic offences. On the other hand, Uttar Pradesh, the country's most populous state, has reported the highest number of cases of murder, accounting for 16.1 per cent of the total such cases in the country, followed by Bihar's 8.4 per cent.

Prime Minister Narendra Modi has said the unique identification number will work as a "big weapon" in the fight against benami property, too. Recently, Union Housing Minister Hardeep Singh Puri had said that property transactions would be linked to Aadhaar to eliminate use of unaccounted money from the real estate sector and help in addressing the issue of benami property.

The Housing and Urban Affairs Ministry has approved the construction of 1.12 lakh more affordable houses for urban poor under the Pradhan Mantri Awas Yojana (Urban). A total of Rs 8,105 crore will be spent in the construction of these houses. Of this, the Centre will provide Rs 1,681 crore. With this, the total number of houses sanctioned so far under the scheme would be over 30.52 lakh. In the latest approvals, Madhya Pradesh got the highest sanction of 34,680 houses, followed by Haryana (24,221 houses), Maharashtra (11,523 houses), Jharkhand (28,477 houses), Kerala (9,836 houses) and Mizoram (3,270 houses).

The Indian Railways' ambitious project of reducing travel time by interconnecting four major metros with a high-speed network of trains running at 160 kmph could be launched by August 2022. The four metros include Delhi, Mumbai, Chennai and Kolkata. The current average speed of trains on this network is around 88-90 kmph. Christened the Golden Quadrilateral, the project envisages creation of a 10,000 km network of semi-high speed routes. Earning Income From Property And Not Filing ITR? You Could Be In For Trouble 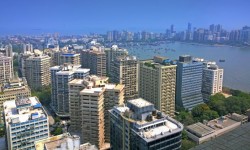 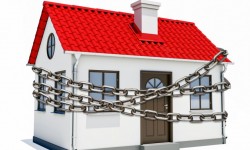