Two days after the North Delhi Municipal Corporation unveiled its plans to impose new taxes, the East Delhi Municipal Corporation made public its Budget Estimates for 2018-19. The corporation, too, plans to impose two new taxes and an education cess to improve its financial condition. The EDMC plans to impose a betterment tax at the rate of 15 per cent of the property tax, and a professional tax on those with an annual income of Rs five lakh. The civic body also proposes an education cess of five per cent of the property tax.

Road and Highways Minister Nitin Gadkari has said that the Centre has garnered commitments worth Rs 1,500 crore from international and domestic companies, and industrialists for cleaning of the Ganga. The minister also said that the riverfront regeneration and development of ghats in Patna, Kanpur, Haridwar and Kolkata had been taken up by leading industrialists from the UK.  The Centre estimates the cost of the entire project to run up to Rs 20,000 crore.

India's Kumbh Mela has been recognised by the Unesco (United Nations Educational, Scientific and Cultural Organization) as an "intangible cultural heritage of humanity". A Unesco panel also observed that it was the largest peaceful congregation of pilgrims on earth. The Kumbh Mela joins new elements from Botswana, Colombia, Venezuela, Mongolia, Morocco, Turkey and the United Arab Emirates on the Unesco list.

In a setback to the Art of Living (AoL) Foundation of spiritual leader Ravi Shankar, the National Green Tribunal (NGT) on December 7 held it responsible for causing damage and environmental degradation of the Yamuna floodplains by holding a three-day cultural extravaganza last year. While refusing to impose an additional environment fine on the AoL which has already deposited Rs 5 crore, the NGT ordered the Delhi Development Authority to use this amount to restore the floodplains and adjust the amount according to its requirements. 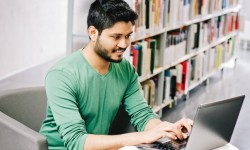 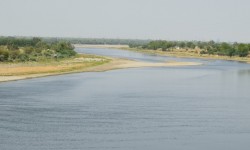