In a bid to reclaim land worth Rs 20,000 crore in the National Capital Region, the government plans to use the solid waste from Ghazipur landfill site for constructing the 82-km Delhi-Meerut highway. In this regard, the Urban development ministry signed an MoU with East Delhi Municipal Corporation and National Highways Authority of India. The work is expected to start by the month-end and will be completed within two years.

With the Bombay high court granting the permission to cut mangroves, the much-delayed Mumbai Trans Harbour Link — a 22-km road bridge connecting the island city with Navi Mumbai — can finally see the light of day. Recently, chief minister Devendra Fadnavis had said the construction of the important road link would begin by January next year. The project will impact around 47.4 hectares of forest land, including 38.6 hectares of land that is covered with mangroves at Sewri and the Navi Mumbai side.

France has shown a keen interest in the development of Andhra Pradesh. In this regard, French ambassador to India Alexandre Ziegler met chief minister Chandrababu Naidu and expressed his willingness to build capital city Amravati, solar energy and sports stadia projects across the state.

With the Chandigarh administration starting a campaign to make City Beautiful the first cashless city by December 10, Chandigarh Housing Board has decided to accept all payments online, through cheque or demand draft from immediate effect. 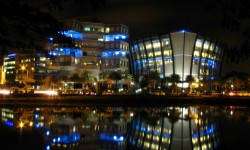 What Makes Technology Clusters So Popular? 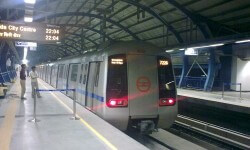