#RealtyNewsRoundup: GST On Work Deals Reduced To 12% For Affordable Housing

The insolvency resolution professional handling the Jaypee case has clarified that it would obtain the records of the company and verify it with homebuyers, even if they have failed to fill the form so far. The move came after an advisory was issued by the Insolvency and Bankruptcy Board of India (IBBI) to the IRP.

The Income-Tax Appellate tribunal (ITAT) has rejected the tax department's view that a villa in Dubai gifted to Bollywood actor Shah Rukh Khan a decade ago was a camouflage to evade income tax. The tribunal has held that the value of the villa cannot be treated as the actor's taxable income. The villa had been gifted to Khan under a formal gift deed in 2007. 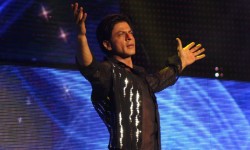