Getting approval for building plans in licensed colonies is about to get quicker in Haryana. Under its self-certification policy, the state Department of Town and Country Planning (DTCP) has issued direction to dispose applications for building plan approval for individual houses within five working days.

The Pune Municipal Corporation is looking at earning additional revenues to the tune of Rs 100 crore. A survey by the civic body has found that around 47,000 properties fall in the ambit of the property tax department. Owners of these properties have not been paying taxes so far.

With resident welfare associations (RWAs) coming under the purview of the new Goods and Services Tax (GST) regime, apartment dwellers will now have to shell out an additional three per cent as flat maintenance charges. According to the media reports, several housing societies across the country have decided to send presentations to the Union finance ministry, demanding the exemption of RWAs from the GST.

Private equity player HDFC Property Fund has invested about Rs 500 crore in real estate company Lodha Developers. Lodha Developers has availed of a new credit for six-year. The funds will be used for its residential project being developed on an 88-acre land parcel in Thane. 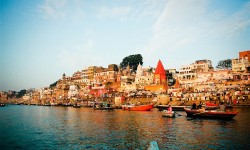 Project Of The Week: Lodha World One