#RealtyNewsRoundup: Want To Bring Down Your Home Loan Cost? Insurance Could Be The Key

The National Housing Bank is working on a framework with the Insurance Institute of India that would bring down home loan rates by half a per cent if borrowers opted for a property insurance cover. Such a framework would also act as a risk mitigation tool for real estate developers and keep a check on loan defaults.

The Centre government has warned states of a situation of vacuum if necessary steps are not taken to implement the Real Estate (Regulation & Development) Act, 2016 with the May 1 deadline. In a letter to state chief ministers, Minister of Housing & Urban Alleviation Venkaiah Naidu has asked them to personally look into the matter and ensure timely implementation of the law.

The Delhi Development Authority has changed the land-use status of a plot in east Delhi's Trilokpuri area. This could speed up the construction process of the Majlis Park-Shiv Vihar Metro Corridor. According to reports, two land patches, a 286-metre- stretch at Trilokpuri and a 100-metre plot at Hasanpur, have been the cause of a delay of the Metro's expansion in east Delhi. 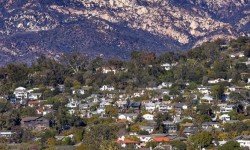 All You Need To Know About The Real Estate Law