The Maharashtra government has accorded administrative approval to the Versova-Bandra sea link (VBSL) project, eight years after the State Cabinet Committee on Infrastructure (SCCI) cleared it. In a government resolution, the state has pegged the project cost to be around Rs 7,502 crore, and its length is estimated to be about 17.17 kilometres.

The Bombay High Court has restrained the Reliance Infrastructure-led Mumbai Metro One Private Limited (MMOPL) from raising the fares on the Mumbai Metro's Versova-Ghatkopar route. The high court has set aside a July-2015 decision of the Metro Fare Fixation Committee, which recommended that the fare range be increased from Rs 10-40 to Rs 10-110. The HC also directed that the fare fixation committee be reconstituted.

Meanwhile, the Bombay HC has directed that the matters pertaining to noise pollution, caused by the construction of the Metro-III project in the city, would be heard by a two-member judicial committee. The HC directive came after the parties concerned failed to arrive at an amicable solution.

According to media reports, the death toll in rain-related incidents after Cyclone Ockhi battered Kerala rose to 30 even as more than 600 fishermen stranded at sea off the state's coast were rescued. The financial toll from the cyclone has been pegged at Rs 17.28 crore so far. Meanwhile, around 70 fishermen are yet to be rescued in Tamil Nadu. Cyclone Ockhi is expected to make landfall in Mumbai and coastal Gujarat tonight with squally winds, which may cause heavy rains in several parts of these states in the next two days.

The Netaji Subhas Chandra Bose International Airport (NSCBIA) in Kolkata is all set to start using clean and green energy for its day-to-day operations, as its ground mounted grid connected solar plant is ready for commissioning. The 15-mw plant, capacity wise the largest among all the Airports Authority of India airports across the country, will be inaugurated by Union Minister for Civil Aviation Ashok Gajapathi Raju today. 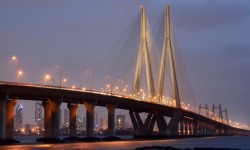 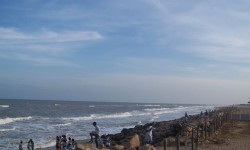