To redevelop the periphery of Mumbai, the Maharashtra government has proposed to charge an additional cess of Rs 5,000 per sq metre for construction over and above the permissible floor space index (FSI). This has been proposed in case of redevelopment of as many as 100 old and dilapidated buildings in the suburbs. The amount is to be used for developing offsite infrastructure and is to be paid during the construction period.

The central government recently approved the plan to transfer 34.87 hectares of Delhi Development Authority land for setting up a second diplomatic enclave at Dwarka in New Delhi to house chanceries and embassies. Forty-two plots have been carved out for the new diplomatic enclave. While 21 of them will have a size of 2,000 square metres, the remaining will be 1,500 square metres in size.

Country's largest private equity investor Everstone Capital will invest nearly Rs 200 crore to pick up a majority stake in Sri Kailash Logistics — a company which operates an integrated logistics park in Oragadam near Chennai, which is near the manufacturing hubs of Renault Nissan, Allison, Apollo Tyres, Asian Paints, among others.

Kerala chief minister Pinarayi Vijayan said that blind persons would be given 'first priority' while implementing the government's housing scheme. Under the scheme, the government has decided to give every blind person a house in the state.

How Increased FAR Will Help Mission Of Home For All? More High-Rises In Noida Will Make It Greener 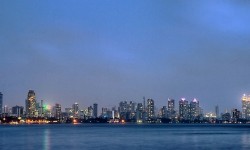 10 Most Stunning & Unique Buildings In India