Clarifying its stand, the government said no adverse action would be taken by the income-tax department solely on the basis of information regarding cash deposit made under the unaccounted money scheme. The government said the information shared would be confidential and will not be shared with any law-enforcement agency. The Income Declaration Scheme closes on September 30.

Haryana Chief Minister Manohar Lal Khattar announced the formation of the Gurgaon Development Authority, an agency that will act as the mini-administrator for the city.  The move will help eliminate the necessity of getting all files approved from Chandigarh. Khattar said the agency would start functioning from November 1.

The Supreme Court has directed Sahara India Commercial Corporation Limited to deposit Rs 3.5 crore to pay back investors, who had bought flats in its Gurgaon project but did not receive possession in time. The double Bench has asked for the money to be deposited in the court.

The Delhi High Court gave its approval for the public auction of luxury hotel Taj Mansingh. Ruling in favour of the New Delhi Municipal Council, the court dismissed the plea by the current operator, Tata group's The Indian Hotel's Company, to renew the licence. After Hotel Connaught and Le Meridien, this is the third recent case where the NDMC has won against luxury hotels in the Lutyens' Delhi. 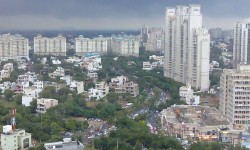 20,000 People Did Not Pay Property Tax In Delhi. Why Is The Tax Unpopular? How Delhi & Other Indian Cities Can Raise Property Tax Revenues