While keeping interest rates unchanged at six per cent in its fifth bimonthly monetary policy review for 2017-18 today, the Reserve Bank of India has warned the public of the risks of virtual currencies (VCs). The RBI has also expressed concerns over customers being allured by fictitious offers in forms of lottery, business deals and credit cards, and has warned consumers against falling prey to any such schemes.

The Supreme Court has held that certificates issued by gram panchayat secretaries or executive magistrates are "no proof of citizenship" unless they establish the legacy linkages with a person who is an Indian citizen. The top court has said the certificates issued by a gram panchayat secretary only acknowledge shifting of residence of a married woman from one village to another.

The delinquency rate in commercial vehicle loans and home loans is likely to remain stable in 2018, aided by healthy economic growth, says a report by Moody's. In the residential mortgage-backed securities sector, the agency expects delinquencies to remain around low levels of one per cent in 2018, with stable interest rates and home prices supporting performance. The report, however, said delinquency rates in asset-backed securities deals backed by loans against property to small and medium enterprises would increase because of the tougher operating environment.

Civil Aviation Minister Ashok Gajapathi Raju has said that a second airport near Kolkata could be built if the West Bengal government is able to provide land.  Currently, the city has one airport, the Netaji Subhas Chandra Bose International Airport at Dum Dum. The Dum Dum airport is expected to reach a saturation point soon, given the way it is growing in terms of air traffic.

10 Types Of Home Loans Every Homebuyer Should Know 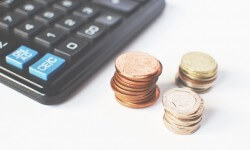 First-Time Home Buyer? Here Is How To Grab The Best Home Loan Deal

Why Joint Home Loans Are Great For Your Wallet