In a move that would tighten the noose around unscrupulous builders who promise assured returns to buyers and stop payments midway, the National Company Law Appellate Tribunal (NCLAT) has ruled that assured returns promised by a developer to a buyer through a proper agreement is financial debt, and the latter can file for an insolvency resolution under the Insolvency and Bankruptcy Code (IBC) in case the former fails to honour the agreement. Buyers can also move insolvency tribunals in case builders take a lump sum amount from them and fail to give possession or pay the money within a time frame.

The government has finalised an Rs 637-crore National Clean Air Programme to improve the air quality in India. The 20-point programme shifts the onus of fighting air pollution to states, emphasises on the collection of authentic data on pollution sources, introduces monitoring of rural air pollution and a new institutional framework at the Central and state levels to monitor air quality and take preventive steps. The policy requires all the states to frame their own clean air programmes.

The Supreme Court has allowed the Sahara Group to choose any parcel of its property in the Aamby Valley city project in Maharashtra, and sell them by May 15. The apex court has directed the beleaguered company to deposit the proceeds with the SEBI-Sahara refund account. The SC has made it clear that if the Sahara Group fails to sell its property by May 15, the Bombay High Court's official liquidator will proceed with the proposed auctioning process to sell the property.

To monitor illegal construction in Mumbai, the Brihanmumbai Municipal Corporation (BMC) is now making use of technology. After its failure to curb rising illegal construction in India's financial capital, the municipal corporation is now using light detection and ranging technology to video-record each property with a 360 degree-view. While sizing up the property, the technology will also enable the BMC to measure the road on which a building is standing – this will help it make sure no encroachment of public land takes place. 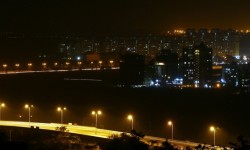 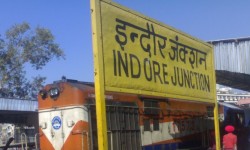