The Benami Transactions (Prohibition) Amendment Act, 2016, which has recently been notified by the government, mandates that people keeping ' benami ' properties to evade taxes will get up to seven years' rigorous imprisonment. Apart from this, a fine may also be imposed which may extend to 25 per cent of the fair market value of the property.

In order to accommodate the extra rush of flyers at Mumbai international airport, the aviation ministry is in a rush to create slots by making the airport in Juhu operational, apart from setting 2019 deadline for the completion of the Navi airport. The plan is to shift general aviation operations and regional flights operations to the Juhu airport, whiMumbai ch will help decongest the existing airport.

Iconic Playboy Mansion in Los Angeles owned by Hugh Hefner has reportedly been sold for $100 million. The property has been bought by Hefner's neighbour and a billionaire Daren Metropoulos. It is reported that the 90-year-old media tycoon will continue to state in the villa where he is staying for the past four decades. 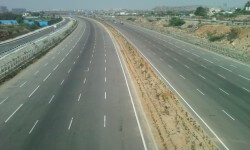 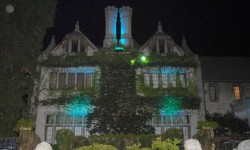 At $200mn, Playboy Mansion With Hugh Hefner Up For Sale 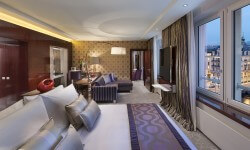 #RealtyNewsRoundup: Delhi Govt To Do Away With Luxury Tax On Hotel Stay