The Reserve Bank has allowed banks to invest in Real Estate Investment Trusts (REITs) and Infrastructure Investment Trusts (InvITs). The move is likely to help revive the cash-starved infrastructure sector. The central bank has given its approval to financial institutions to invest about 20 per cent of their net-owned funds into equity-linked mutual funds, venture capital funds and equities.

The chief minister Yogi Adityanath-led government in Uttar Pradesh has scrapped the previous government's pet Samajwadi Awas Scheme and favoured the Centre-sponsored Prime Minister's Awas Yojana to provide affordable housing to the masses. The new government also plans to roll out a Metro network in Gorakhpur.

Flat allottees of the 2014 housing scheme are planning to file a court case against the Delhi Development Authority (DDA) for allegedly selling them houses meant for economically weaker sections in place of homes meant for the low-income group. Buyers allege that the development body has also failed to provide them with basic infrastructure even after two years of giving possession of flats.

The Japan International Cooperation Agency has extended an official development assistance loan of Rs 2,000 crore to the Chennai Metro Rail Limited for the construction of its Mass Rapid Transport System. The agency has so far extended Rs 9,000 crore in loans since 2008 for the development of around 45-km of the Metro rail system in the Tamil Nadu capital. #RealtyNewsRoundup: Work On Centre's Low-Cost Housing Scheme Yet To Pick Up Pace In Maharashtra [Video] 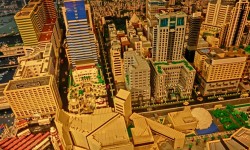 How Govt Is Deploying Its Cash To Push Infra