#WeeklyNewsRoundup: Work On Navi Mumbai Airport Set To Take Off

Two decades after the proposal took was formed, the work on the construction of the Navi Mumbai International Airport is set to start next month. Prime Minister Narendra Modi is expected to lay the foundation stone of the Rs 16,500-crore project in October-end.

Urban Development Minister M Venkaiah Naidu has released the third list of smart cities. The new list carries 27 names from 12 states. Naidu said 27 of the 63 participating cities qualified for this financial year. The smart cities list includes five cities from Maharashtra, four each from Tamil Nadu and Karnataka, three from Uttar Pradesh, two each from Punjab, Rajasthan and Madhya Pradesh, and one each from Andhra Pradesh, Odisha, Gujarat, Nagaland and Sikkim. The next round of competition to select the remaining 40 cities would begin in January next year.

The West Bengal government is all set to unlock the land lying idle with the ailing and closed state public sector undertakings (PSUs). The move follows criticism from industry lobby groups about non-availability of land for industrial purposes. The state has started identifying land lying with at least 16 state PSUs, including Kalyani Spinning Mill and West Bengal Leather Industries Development Corporation.

In a bid to fast-track the handing over of the possession of residential units to home buyers, the Greater Noida Industrial Development Authority will issue completion certificates to 21 group housing societies by the middle of next month.

A high-powered committee of the Maharashtra government has cleared two redevelopment proposals of the Bombay Development Directorate chawls at Naigaum and Lower Parel. The redevelopment work is expected to start in six months. 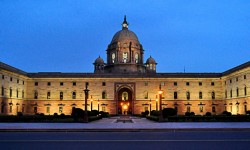 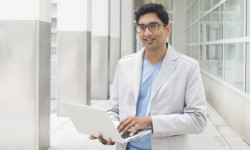 How Investor Friendly Is Greater Noida?