The Centre recently said the Navi Mumbai International Airport, which will act as the aerial bypass to ease traffic at the Chhatrapati Shivaji International Airport, may start operations by December 2019. Minister of state for civil aviation Jayant Sinha said all major clearances had been obtained, including acquisition of 160 hectares and the phase-I of aircraft operations with a capacity to handle 10 million passengers per annum is expected to commence by December 2019.

Unable to sell its commercial space at metro stations, the Delhi Metro Rail Corporation (DMRC) has decided to sell residential property in the national capital. The DMRC will construct 93 flats at Okhla and 350 apartments in Janakpuri in 2BHK and 3BHK configurations. The flats, which would be allotted through draw of lots, are likely to cost between Rs 80 lakh and Rs 1 crore.

In an effort to make real estate investment trusts (REITs) more attractive to realtors and investors, the Securities and Exchange Board of India (Sebi) has relaxed norms for related party transactions and allowed these trusts to invest more in under-construction assets. The proposed move would allow up to 20 per cent investment by REITs in under-construction projects, up from 10 per cent allowed currently.

The Maharashtra government told the Bombay High Court that it had taken back over 38 sq km of land given on a lease or occupancy basis to private entities following breach of terms of allotment. An affidavit by the Department of Revenue and Forests states that nearly 1,513 sq km was allotted to 81,141 entities and 5,119 cases were reported in which land was being misused.

The Union Cabinet has given its go-ahead to introduce amendments to the Benami Transactions (Prohibition) (Amendment) Bill, 2015. Under the Bill, those disclosing assets under the black-money window — the Income Disclosure Scheme (IDS) — will get immunity from the stringent Benami Act. 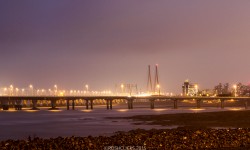