If all goes as planned the Pune-Mumbai Highway will have a Bus Rapid Transport Service (BRTS) system in next three months. This development, planned by Pimpri-Chinchwad Municipal Corporation (PCMC), have been given red flags since 2012 when it was first planned. There were apprehensions about commuter's safety as there are a number of merge-ins and outs on either side of highways.

While IIT Mumbai submitted its safety audit in 2012, it is now that the project has been cleared and contractors have been appointed to repair 14 old bus station. Prior to this, PCMC had already started the work for widening the highway stretch between Dapodi and Nigdi to 10 lanes. This 10-lane road will have dedicated bus lanes on both sides of the highway making travel faster. The entire project is being considered as a landmark decision that will make the commute between the two important real estate cities smoother.

How will BRT impact real estate?

It is a known fact that faster transportation connect has a positive impact on the real estate of that city. In case of the BRTS system on the Pune-Mumbai Highway it will be the outskirts of Pune and Pimpri-Chinchwad that will benefit the most. Rapid connectivity from the main employment hubs of Pune can work in favour of those affordable dens where people hesitate to invest due to poor connectivity. Areas lying in PCMC jurisdiction such as Nigadi, Talegaon Dabhade, Ravet, Yashwant Nagar, and Somatne Phata are some such areas that have seen real estate development in the past few years but witnessed a lukewarm demand from home buyers. With this rapid transport system, it is expected that initially the investor, followed by the rental and then home buying will go up here. At present, the prices here ranges from Rs 3,500-5,000 per sq ft depending upon the project type. Most of the housing societies here come with all amenities which attracts investment from salaried class who are putting money in the real estate for the first time.

The state government is trying hard to bring these two cities closer and lessen down the existing burden of Island City on Pune. For this, a major impetus has been given to road infrastructure in the state budget. Almost Rs 7,000 crore has been allotted for road development in the state and over Rs 1,500 crore have been dedicated for the Smart City Project. Though metro failed to receive the required push from the state government, more funds have been given to infrastructure development in Gram Panchayat areas where basic amenities are missing.

Pune Vs Mumbai: Which market has the edge?

Mumbai being exorbitantly priced for mid-segment buyers, Pune has always found its mention in the list of most preferred destination for investment. With an equal number of job opportunities and more affordable living standard, Pune is also attracting investors from nearby cities trying to make the most of a growing real estate market.

Apart from investors, the demand for rental housing is huge, too, thanks to the growing job opportunities. In contrast to this, Mumbai real estate market is restricted to those with money bags while the mid-segment has been pushed to the outskirts where properties are affordable but have the basic infrastructure.

While Pune property market will always have an edge over Mumbai real estate due to the price factor, the financial capital still has a better appreciation to offer which appeals to investors the most. 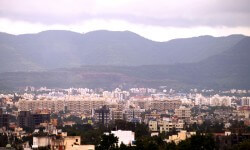 In Pune, Old Is Gold And New Is Kicking