Pronouncing its verdict in the Jaypee case, the Supreme Court (SC) has directed the Interim Resolution Professional (IRP) to complete the debt-saddled Jaypee Infratech Ltd's corporate insolvency resolution process within the next 90 days. This comes as a jolt to Jaypee given that it had submitted a plea against the NCLAT order that had barred the Group from participating in the auction of the debt-ridden group firm Jaypee Infratech Ltd. The SC had deferred the verdict and review of the revised proposal submitted by the state-owned National Building Construction Company (NBCC) and had expressed interest to hear Jaypee Group's plea.

The apex court has now said, "We direct the IRP to complete the CIRP within 90 days from today. In the first 45 days, it will be open to the IRP to invite revised resolution plan only from Suraksha Realty and NBCC respectively, which were final bidders and had submitted the resolution plan on earlier occasion and place the revised plan(s) before the Committee of Creditors (CoC), if so required, after negotiations and submit the report to the adjudicating authority NCLT within such time."

Previously, advocate FS Nariman, counsel for Jaypee had said that around 12,000 units were delivered to homebuyers and this proved that Jaypee's financial health is not grim.  The apex court enquired whether the company would be able to get the statutory approval of 90 per cent members of the Committee of Creditors (CoC) to bid. While Jaypee couldn't guarantee this, it had maintained that homebuyers and investors would not stand to lose. Meanwhile, the counsel representing homebuyers had said that it was immaterial for buyers whether Jaypee or the NBCC completed their stuck projects.

Homebuyers who have invested in various projects of the embattled Jaypee Group had sent a 15-point demand letter to state-run National Building Construction Company (NBCC), which may soon take over the builder’s stuck projects. Earlier this month, NBCC had agreed to submit a revised plan to help revive the stuck projects of debt-laden Jaypee Group.

The 15-point letter stated that the construction should be completed and possession of units be given within three years. A penalty must also be imposed for any delay after that period.

Homebuyers are also of the view that they should be charged stamp duty on the basis of the sale value of their properties.

While stating that NBCC should honour the provisions mentioned in the previous builder-buyer agreements, buyers also demand that the onus of maintaining projects rests with NBCC till residents’ welfare associations take charge.

Homebuyers have also said that NBCC shouldn’t sell assets of Jaypee to settle lenders dues without handing over the units to homebuyers. They are also of the opinion that a 250 acres of land should be set aside as security for buyers.

In the meantime, they have challenged in the Supreme Court (SC) an National Company Law Appellate Tribunal (NCLAT) order that lets Jaiprakash Associates Ltd (JAL) to control 858 acres of land that belongs to Jaypee Infratech Ltd (JIL). The SC has issued a notice to JAL lenders and sought a reply on the basis of homebuyers’ petition. The case is due to be heard on October 17.

The story so far

Jaypee Infratech went into insolvency in August 2017, after the National Company Law Tribunal (NCLT) admitted an application filed by an IDBI Bank-led consortium. IDBI Bank had moved the NCLT against the developer for non-payment of a Rs 526-crore loan.

In March 2019, the NBCC had shown interest to monetise Jaypee's assets, to begin work on the latter's incomplete projects. The company had also assured the homebuyers that it will deliver these projects in three years, in case its bid to acquire the beleaguered developer is accepted. However, NBCC's bid was later rejected by the Committee of Creditors (CoC).  NBCC, along with  Kotak Investment, Singapore-based Cube Highways and Suraksha Group, were among the four shortlisted bidders that had submitted their plans to acquire Jaypee Infratech.

The Centre, on July 11, 2019, told the SC that it was drafting a uniform proposal that would address grievances of homebuyers who had invested in Jaypee Infratech’s stalled projects. The apex court, on the other hand, said that it would jump in to safeguard the interests of 21,000 homebuyers in case the insolvency tribunal fails to resolve the issue.

Sometime back, homebuyers who had invested in Jaypee Infratech's projects had moved the Supreme Court (SC), seeking stoppage of liquidation of the beleaguered developer, although the deadline for the corporate insolvency resolution process was over, as it would cause 'irreparable loss' to thousands of homebuyers. The SC, however, asked the NCLT to go ahead with company liquidation.

It is important to note here that before an amendment was made in the Insolvency and Bankruptcy Code, 2016, homebuyers were at the end of the spectrum in case the company’s assets were liquidated, forcing them to take legal recourse. With amendments made in the insolvency code, they have now been brought on a par with banks and financial institutions in deciding the course of insolvency resolution plans.

With inputs from Gunjan Piplani 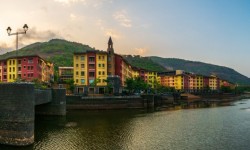 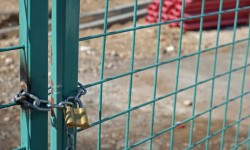 #RealtyNewsRoundUp: Govt To Rope In NBCC To Manage Frozen Properties 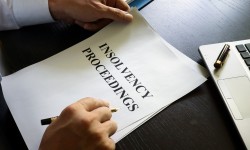