6 Themes In Indian Realty That Will Attract Foreign Investors

Investment by global private equity (PE) major in India's real estate sector has seen a lot of activity in the recent times.

In July, Warburg Pincus invested $284 million for a minority stake in Piramal Realty. Another PE major, Blackstone, made two investments in India, one in Bangalore-based Embassy Property Developments and another in Pune's Pancshil Realty, catching the two busiest realty markets in the country.

These investments may well be just the beginning of an investment flood for a sector that is evolving at a fast pace.

While the Centre is getting ready with the Real Estate Bill, which will provide a sector regulator, measures such as faster building plan approvals are likely to trigger a wave of reforms in India's real estate. These steps would will build investor confidence in the sector and invite more funds here. Apart from the measure taken by the government, the sector is also innovating in interesting ways on its own.

The Centre recently released a list of the development of 100 smart cities across states. The Smart City Mission is a multi-billion-dollar opportunity for design, information technology to services and construction companies across the globe.

The concept of senior housing is evolving in India, with major players like Vedanta and Aashiana building projects in this segment. Senior residential developments require advanced support systems, including support services such as cooking, cleaning and healthcare. This is a popular building theme in the US and developers and consultants from that country may utilise  this opportunity to invest in a segment which is still in its nascent stages in India.

Various companies in the West have been working on dwellings for the urban poor for many years. They have evolved many technologies such as modular housing and the use of pre-fabricated technology for building micro homes. The Indian government's 'Housing For All 2022' mission can provide such players a huge opportunity to look East. They can also bring in new design elements and technologies to better small and affordable homes in India.

Green homes are finding a huge appeal among new-age buyers. Developers providing eco-friendly homes charge a premium for the amenities they offer. Such themes are popular in the US, which is much ahead in using green technology in construction. The emergence of green homes in India is sure to attract investors from that country.

Special Economic Zones (SEZs) and similar themes had a good run in the last decade. State governments in India are coming up with more such themes to build cities and parks. The GIFT City in Gujarat is one example of such projects. Chennai and Bengaluru are also working on finance cities and industrial parks. Given the variety and scope that a single project can bring, these development opportunities are all set to attract investors from abroad.

The Centre's push for affordable homes also includes slum redevelopment projects. Such projects present a unique opportunity where old and dilapidated buildings at prime locations are taken over by a developer, and then re-built into homes which, while housing original owners, also accommodate commercial entities.

A number of slums, especially in Mumbai, are located in costly areas like Worli and Lower Parel. In these areas, there is a dearth of space and acquiring free land for new developments is almost impossible. Such projects may attract investors from abroad due to the high margins they provide.

How Revival Of SEZs Will Push Real Estate Growth 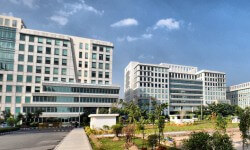 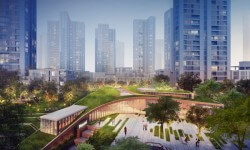