7 Iconic Airports Across The Globe As Uttar Pradesh's Jewar district gears to set up the national capital region's second international airport, it would aim to achieve perfection. So, what could be the best practices it could to construct the airport?

These global airports can teach authorities on how to go about the design and services to make the new airport a world-class facility: 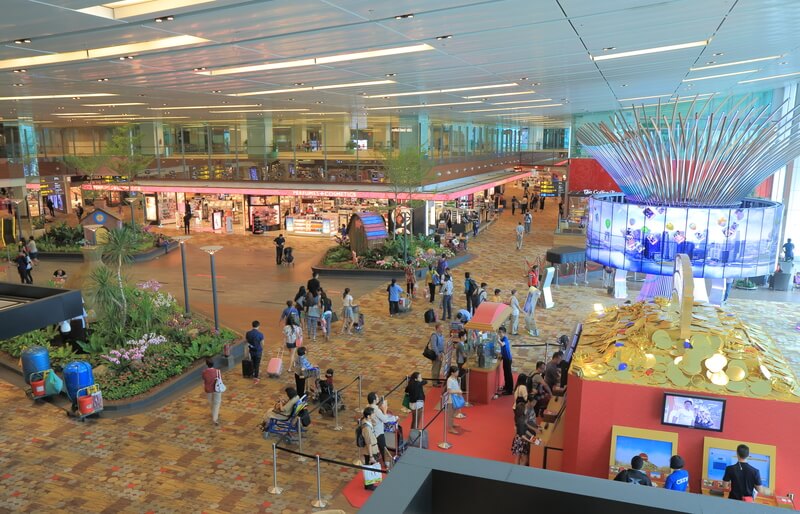 A seven-storey structure spread across 380,000 sqm, the Changi Airport is designed on the theme, sense of place. And, to make it come true, the skylight roof of this terminal ensures enough seeping of natural light giving a sense of natural connect.

Of the seven, four storeys are above the ground; level 1 has arrivals, level 2 has departures, level 3 has a landside retail mezzanine and the fourth level is a viewing zone for those who would want to view the city and the runway. The terminal, which has been conteptualised by architecture company CPG Corporation has an annual capacity to serve 22 million passengers. 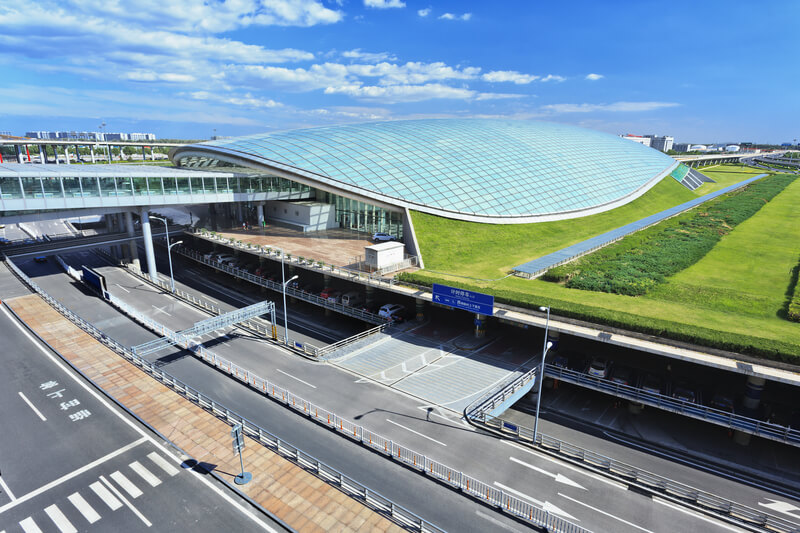 Developed as a gateway to the host city in 2008 during the Olympics, Beijing Airport's Terminal 3 is known to be one of the world's largest and advanced airports. The most striking feature of this airport is its dragon-like architecture, designed keeping in mind the Chinese traditions and colours. It has been designed by architecture company Foster + Partners to cater to 50 million passengers by 2020. Roof made of unifying canopy ensures that there is enough natural light for both creating accents as well as a source of daylight. To segregate different sections, airport has been divided into different colour zones. The terminal is also known to be one of the most energy efficient airports in the world as it hosts south-east orientated skylights that gain heat from the morning sun and ensure a warm temperature. It also has an integrated environment-control system that minimises energy consumption. The terminal, which was constructed in four years, was built using performance materials based on local availability, functionality, application of local skills and low-cost procurement. 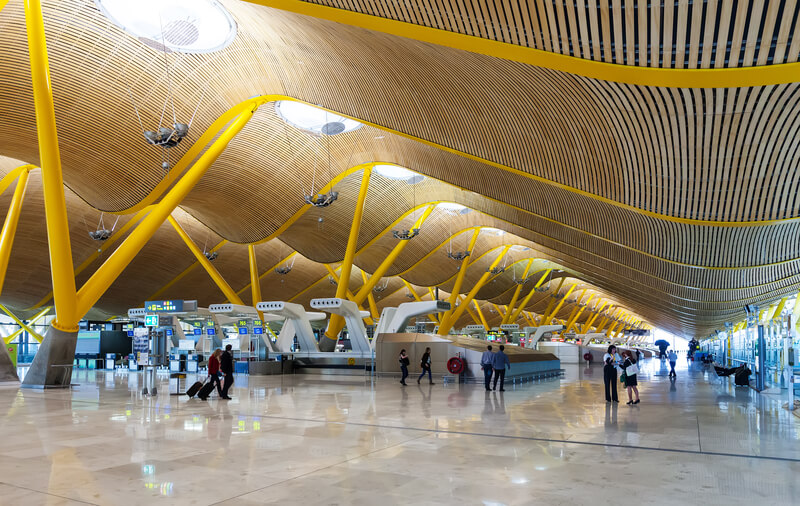 Opened to public in 2006, the terminal 4 of Barajas Airport in Madrid is known for its bamboo-lined roof, supported by colourful pylons. This spectacular space has a series of daylight-filled canyons and can be seen by both arriving and departing passengers. Designed by Rogers Stirk Harbour+Partners, the bamboo roof gives a feel of walking under a rainbow. The terminal is designed to handle 35 million passengers per annum. The structure is designed for the ease of passengers and has services of transit system including metro and train linking the core terminal with the city. The 1.2-km long airport has the interesting concept of colour segregation. 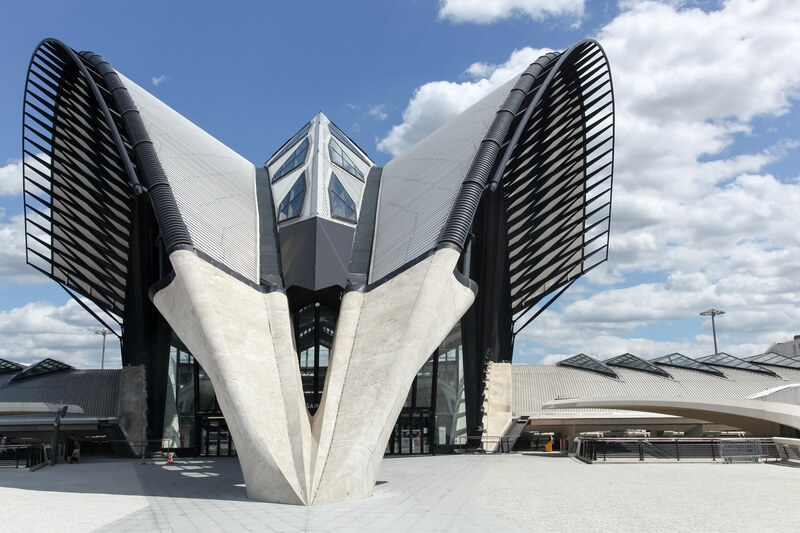 Witness the façade of this airport for the first time and you might confuse it for a bird right out of one of the superhero Hollywood flicks. An aviation structure in true sense, Lyon-Saint Exupéry is the fourth busiest airports in France. The wings-like façade ensures ample light to fall in the main concourse of the airport. The structure is 130 ft tall and nearly 400 ft long. Having a capacity of 9.6 million flyers per annum, the structure was designed by architect Santiago Calatrava. The airport will soon have another terminal, which is being designed by Rogers Stirk Harbour+Partners, and will double the passenger capacity. 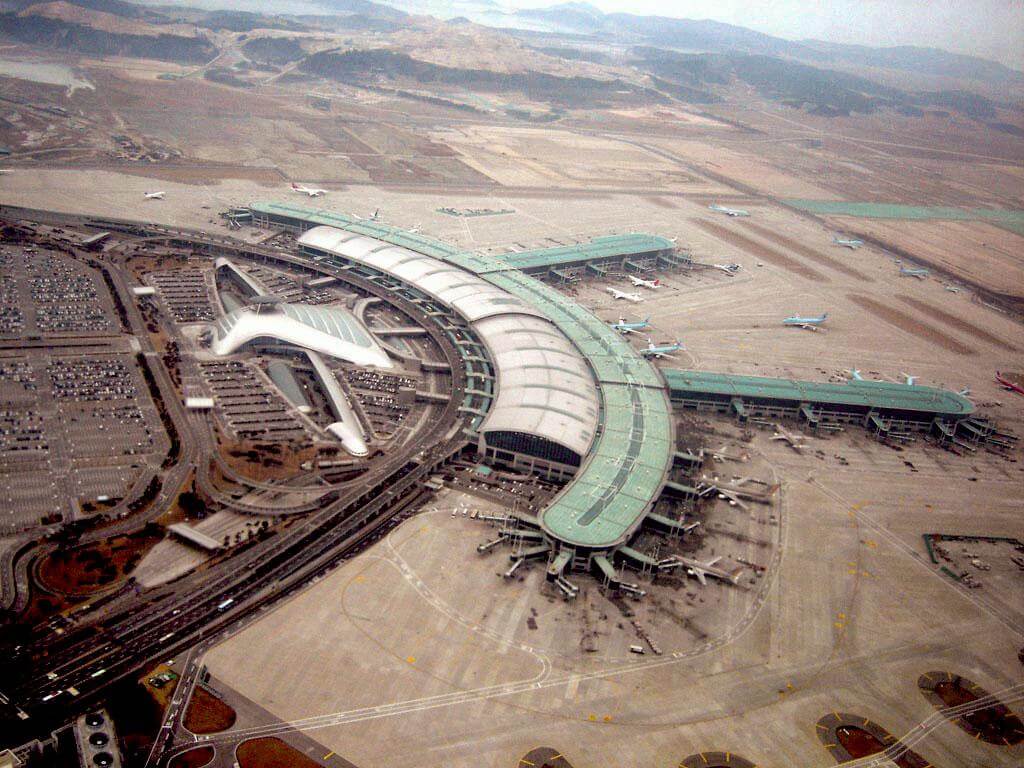 Conceptualised by architect Curtis Fentress, Incheon Airport is a futuristic design mixed well with South Korean tradition. While one could witness the roof being similar to the ancient Korean temples, the airport offers futuristic facilities, including ultra-fast Wi-Fi and free showers. The airport that frequents the list of world's best airports was designed to offer clarity, ease and comfort of the passengers. The moment you enter the airport you would be welcomed by Korean artifacts which are as old as 5,000 years, while on the other hand waits for you a biomorphic train terminal that connects you to the city. Keeping in mind the environment, the architects brought some gardens coupled with ponds inside the airport. The attractions here include Pine Tree Garden and the Wildflower Garden that adorn some beautiful Koi ponds. Also, one could enjoy the Korean tradition with the local cuisines available here.

A temporary terminal opened during the holy pilgrimage of Hajj, this is one of the most unique airports in the world. The airport that is equipped to handle an influx of pilgrims from across the world was designed by Skidmore, Owings & Merrill as a part of the larger airport. The most striking feature of this terminal are the massive Teflon-coated fiberglass tent-like structure that make this an almost open-air airport that allows natural light and air to flow through. Equipped to accommodate 100,000 pilgrims at a time, the tent like structures are known to reflect 76 per cent of the dessert heat, cooling the ventilation air inside the airport. To accommodate long waiting hours of the hajjis, the airport, apart from restaurants and cafeteria, has a provision for self-cooking, facility for the cleansing process prior to the five daily prayers, spaces to change clothes and comfortable sitting areas that could allow them to take naps. Take an aerial view, the airport looks like a nomadic accommodation. 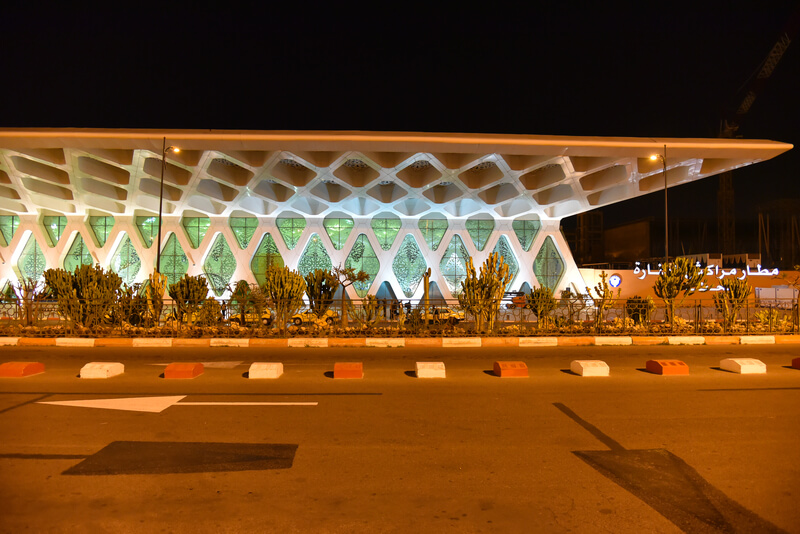 A mix of modern-day and traditional Islamic architecture, the Marrakech Menara Airport in Morocco was designed by E2A Architecture. The strength of this airport lies in its massive concrete rhombuses, while its beauty lies in the arabesque patterns made in concrete on the glass panels on the façade. These patterns cast different shadows on the terminal's floors at different time of the day. To ensure sustainability, the roof of the airport is equipped with 72 photovoltaic pyramids that generate power for the airport.

The luxurious look of this airport is visible in the interiors, too. The granite floor tiles, the rhomboid columns that flow through the interiors lined with sheets of plasterboard and wood. The seating here is a mix of sofas and armchairs are decorated with fabrics that have a Moroccan style.