Mumbai-Ahmedabad Bullet Train: All You Need To Know 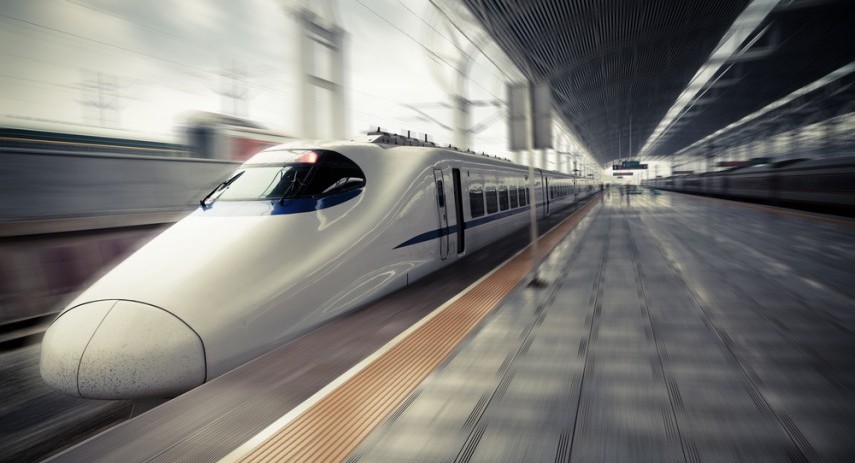 With an intention to boost high-speed connectivity between two economic centers of western India, Prime Minister Narendra Modi laid the foundation of the bullet train corridor between Ahmedabad and Mumbai in 2017. The idea was to bridge the distance between the two cities and create a model for other states. However, land acquisition hurdles and political roadblocks have marred the construction of this ambitious project, with the completion date being pushed from December 2023 to December 2028. While the construction work was supposed to begin by April 2020, the Coronavirus pandemic and resistance from the local public have created a new set of problems for the project.

Here’s everything you need to know about India’s first bullet train project and the latest news related to it:

Earlier in 2019, NHSRCL had also floated a tender, inviting bids for a maintenance depot and an elevated station in Anand, in Gujarat. The corporation has also invited bids for the construction of about 69 per cent (348 km) of the 508-km project.

Part of the project is 21 km of tunnels, five elevated stations and one depot at Surat. NHSRCL's earlier bid also includes testing and commissioning of 90 km of viaducts and bridges, a maintenance depot and an elevated station between Vadodara and Ahmedabad.

A total of 12 stations will be built along the stretch between Mumbai and Ahmedabad. The proposed stops are the Bandra Kurla Complex (BKC), Thane, Virar, Boisar, Vapi, Bilimora, Surat, Bharuch, Vadodara, Anand, Ahmedabad and Sabarmati.

The bullet train corridor will have 12 stations across its 508-km stretch between Ahmedabad and Mumbai. The bullet train is a prominent feature in countries like China, France, Germany, Japan, etc. and will now make its way to India. The first-of-its-kind railway system in India, this train will be based on the Shinkansen technology and will be developed in collaboration with Japan. The project will be developed at a total cost of 1.08 lakh crore ($17 billion).

The HSR (High-Speed Rail) corridor will span a length of 508 km, of which 21 km will cross through an underground tunnel and seven km under the sea, connecting Thane and Virar. The area of land estimated for the project is around 825 hectares. The underwater tunnel is believed to offer a thrilling travel experience to commuters.

While the NHSRCL is the agency undertaking the project, Japan will be funding about 80 per cent of the cost. Japan will be providing Rs 88,000 crore, for a period of 50 years. Indian Railways will sign a loan agreement with the Japan International Cooperation Agency (JICA). It is a soft loan at 0.1 per cent annual interest, with 15 years' grace period.

Environment Impact Assessment (EIA), drilling activities and social impact studies were being carried out by the Indian Railways. Rolling stock and related equipment viz. Signalling and Power System for the project will be imported from Japan.

An exclusive HSR Training Centre at Baroda spanning five hectares of land, will be set up, for training the railway staff in high-speed rail operations, at an estimated cost of Rs 600 crore.

The government sees the construction of an elevated line as a financially viable option and aims to save huge costs on land acquisition.

High speed: The bullet trains will run at a maximum speed of 350 km per hour and an operating speed of 320 km per hour. The bullet train will cover the distance from Mumbai to Ahmedabad, in just two hours which otherwise is completed in seven hours by the Duronto Express or Shatabdi Express.

Safety: The Japanese Railways have been rated as the best in the world. The Shinkansen technology is known for its efficiency, quality and safety. The technology transfer will prove to be a breakthrough in enhancing the safety of Indian railways. These high-speed trains are designed to be disaster-resistant and cause minimum vibrations. They also possess world-class safety features including an earthquake detection system. The train-coaches will be fitted with sensors to monitor their functioning.

Modern tracks: Shinkansen trains run on wide-gauge tracks with no sharp curves. They never cross other railway lines on the same level. This enables trains to run non-stop without having to wait for other trains to pass.

Underwater corridor: The undersea stretch of the Mumbai-Ahmedabad Bullet Train corridor will start after the Thane Creek and will be situated 70 metres below the sea level.

Automatic train control: Trains built on the Shinkansen technology have a special speed control system (also called ATC) which enables prompt transmission of speed information and signals to the driver.

Robust and eco-friendly design: The train will have 10 coaches with a capacity to accommodate 750 passengers. The bullet train is fuel-efficient and will release a lesser amount of pollutants into the air. Additionally, these trains are built to bear a heavier weight.