The Rajya Sabha recently gave its go ahead to amend the Constitution to pave the way for implementing India's biggest tax-related reform, the Goods and Services Tax (GST). Now, what is GST and how will it help home buyers?

The GST is a form of indirect tax which will subsume about 17 other such central and state taxes when it comes into effect. In simple terms, in place of many taxes, a consumer will have to deal with just one tax. This would not only make tax compliance simpler, it would also cut down the time and cost involved in imposing and collecting several forms of taxes. On the other hand, it would do away with the double taxation process.

As far as real estate is concerned, under-construction properties that are subject to pay service tax and value-added tax will now have a single tax. While it may increase the overall cost of the property, depending of the rate at which GST will be charged, it would be simpler for home buyer to understand the taxation process. On the other hand, the new taxation regime is likely to bring down project costs for developers, and this would mean homes would turn more affordable for end users.

Things You Should Know About VAT On Property Purchase 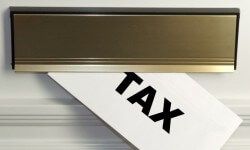 Buying A Home in Karnataka? Know All About Service Tax & VAT