History shapes the present and future of countries, and the world of architecture is no exception. In any city, the ancient buildings that have stood the test of time and are still standing strong despite calamities tell the story of that city's architectural history. These ancient constructions are generally known as heritage buildings and authorities take special care to preserve these structures. Typically, a heritage building means a structure that requires preservation because of its historical, architectural, cultural, aesthetic or ecological value. Archaeological sites, ruins and remains are also covered under the term heritage sites.

In fact, the UNESCO's World Heritage Site list names old buildings across the world that must be preserved.

Some urban planners are of the view that preserving heritage in the current times does not make much sense as the space occupied by them could be used to provide housing to the rising population. However, many believe that modern construction should flourish without harming heritage buildings of a city. Across Europe, urban planners pay a keen attention to house the rising population of their respective countries without compromising on the security of heritage buildings. 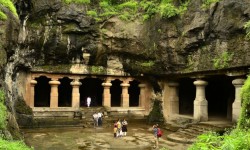 Why Conserving Cultural Heritage Is Important For Real Estate