Indians spend a lot in property investment. Crimes related to property are not uncommon either. Despite reforms and policies in place, land ownership in India is problematic and presumptive.

Here’s a look at what ails the Indian realty scenario when it comes to land ownership and the way forward.

Given that it’s difficult to access old property records, the government launched the Digital India Land Records Modernisation Programme that seeks to computerise all property registration and land records. However, currently this initiative’s pace is slow and only 64 per cent of the funds have been utilised between the year 2008 and 2017.

Note: RoR is Record of Rights.  Data is updated till September 2017.

What are state-guaranteed titles?

If land records are cumbersome, state-guaranteed title is also as challenging. For example, in the case of a state-guaranteed title, the government provides the guarantee as well as a compensation in case of disputes with respect to ownership. This means, sale deeds will become passe. The biggest problem if we decide to move in this direction is to consolidate.

Moving to a system of state guaranteed titles will be challenging as well. It would mean that all existing land records will need to be updated to ensure there are no discrepancies. Land-related information is dealt with in more than one government department and collating and checking numerous documents is tedious. It’s also important to consider that various policies and amendments were brought forth to property ownership rules. These will have to be updated too.

At the same time, clear land titles are important. A study estimated that two-thirds of all pending court cases are related to property, specifically, land disputes and ownership and it takes almost 20 years on an average to resolve a case. For numerous people, lack of access to bank loans pose a problem. Small farmers may not hold clear titles to their land and property, which makes them ineligible for loan against property. Incorrect land record becomes another challenge.

Another problem area is to develop new infrastructure. Often authorities look at new developable land for building new infra. In the absence of improper or incorrect land records, long-standing court cases may happen. Land acquisition is one of the primary reasons why large infrastructural projects get delayed. This could be due to various factors such as no information of the land being encumbrance-free, non-updated records, no agreement on joint measurement of land, demand for higher compensation, etc.

Benami transactions aren’t unheard of either. When the real owner of a property buys a property in the name of somebody else, it becomes a benami transaction. This reason alone contributes to a big percentage of problems that crop up due to unclear land records. Given that land can be transferred from one to another through sale, as a gift, purchase, inheritance, mortgage and even tenancy, the subject of land and records becomes even more difficult.

The land record digitisation programme which was kicked off in 2008 and was expected to be completed by 2016, has now an extended deadline to 2021. Moreover, the expenditure of this programme has also been increased from the earlier Rs 5,600 crore to Rs 11,000 crore. Initially, only the central states of Chhattisgarh and Madhya Pradesh had achieved the task of digitising their land records while Andhra Pradesh, Maharashtra, Telangana and Tamil Nadu were on their way to do so. As the sense of urgency or priority is missing, states have been working on the project at a snail's pace. Many other states also lack the means to carry out the work. The process involves land mapping with aerial surveys and satellite imagery and using drones for the purpose, apart from physical marking on land. All this requires huge trained manpower and technological support. 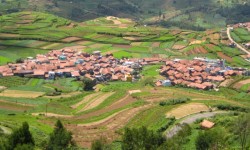 Why Official Land Records Are Key To Real Estate Growth