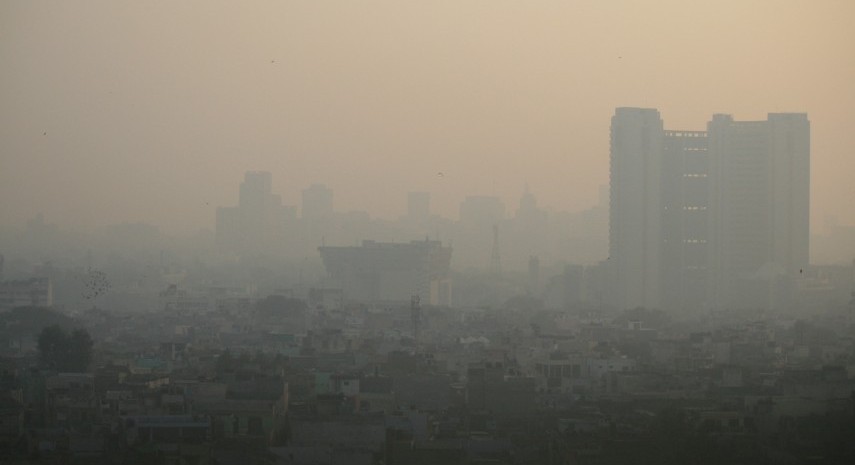 A war of words ensued among self-styled environmentalists over the possible causes of the smog that loomed over national capital Delhi for about a week after Diwali celebrations ended on October 30. Some blamed it on cars while others thought over-generous fire cracking led to severe air quality which resulted in the state government announcing desperate measures to bring the situation under control, including a week-long ban on construction activities in the national capital region. Farmers in the neighbouring states of Punjab and Haryana were also held accountable (they have apparently been burning farm waste and the noxious fumes further deteriorated the air quality).

By and by, the smog cleared. The emotive pouring of concerns over the alarming pollution levels in dailies and social media platforms subsided, and the ban on construction activities was lifted by Lieutenant Governor Najeeb Jung "in view of the loss of income to daily wage labourers".

The champions of environment protection cannot blame the government because protecting the livelihood of its people is the primary responsibility of any state. And the same is true about developing infrastructure. At a time when India is rapidly moving towards urban development, fully controlling the spread of dust may not be an option.

Despite having the infamous tag of being the world's most polluted city, Delhi is not the only city grappling with such an issue. According to a Bloomberg report, "Eighty per cent of cities around the world that monitor air quality failed to meet standards set by the World Health Organization last year."

What could then be the answer to this? How can one keep the city air clean without compromising on urbanisation? The new-age smog eaters could be the key to this. Several technology companies across the world—the names include Elegant Embellishments, Studio Roosegaarde, U-Earth Biotechnologies, etc.—have developed devices that plan to take on pollution by digesting it.

For instance, U-Earth Biotechnologies has developed a 10-foot tall cylinder that "contains a strain of bacteria that can consume car exhaust, sulfur dioxide from coal plants and other airborne nasties". "One of the units can create a bubble of clean air about the size of a basketball court... Rather than destroying the planet by throwing away filters from ventilation machines, we immobilise the pollution and transform it," U-Earth Biotechnologies' Co-founder Betta Maggio was quoted by Bloomberg as saying.

On the other hand, the facade of the Manuel Gea González Hospital in Mexico is constructed using Berlin-based Elegant Embellishments'3D Prosolve 370e modules. "These modules are coated with a special pigment that, when hit by ambient ultraviolet light, reacts with urban air pollutants, breaking them down into less noxious compounds like carbon dioxide and water. The pigment itself remains unchanged, which means the modules can keep purifying the air for as long as a decade, or until their coating wears off," says another Bloomberg report.

While these smog eaters may not be a panacea, they can be a shot in the arm for governments in the short term.

Changing The Delhi Air Is In Your Hands