The Delhi Development Authority (DDA) has announced that it will e-auction as many as 500 plots located in different parts of the national capital. These plots will be available for residential, commercial, industrial and institutional purposes. The auction is expected to begin by December-end and the link for the process will be available on the official website of the authority.

Under its new offering, the DDA will bring under the hammer around 253 commercial built-up units, nine large industrial plots and eight institutional plots. Apart from this, there are around 145 plots for residential use in areas, including Rohini and Narela.

The DDA’s previous attempt auction 148 plots in April failed due to poor response. Only 25 of the total plots were sold. The residential plot auction was last conducted in 2004 when almost 104 units were sold in prime locations of the south of Delhi such as Jasola, Green Park and Safdarjung Enclave, East of Kailash and Saket.

Additionally, the DDA is also planning to launch a housing scheme in February next year Narela area, the utilities for which are being fixed by the authority. These include water pipelines, electricity connection and commuting facilities. While the DDA has been criticised for providing unlivable homes, the plots might be better equipped for residential purpose as these will be facilitated with all required amenities. According to DDA officials, the engineering department has been asked to carry out repair work so that these can be listed for auction. Many of these plots are prone to encroachments as they have been lying vacant for a long time now. 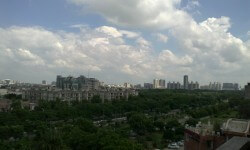