The combined impact of two key legislations –the Real Estate Act and the Goods and Services Tax –coming into effect has been severe on India's real estate sector, data show.  While home sales declined 18 per cent across nine major cities of India in the September quarter of the current financial year, new launches fell 53 per cent on a year-on year basis, a quarterly report by PropTiger DataLabs show. In the same period, inventory overhang went up to 42 months from 35 a year ago. This means it would have taken about three years to sell the existing housing stock in Q2 of FY17; In Q2 FY18, it would take three and half years to sell off the existing stock.

The nine key markets analysed in the report include Ahmedabad, Bengaluru, Chennai, Gurgaon (including Bhiwadi, Dharuhera and Sohna), Hyderabad, Kolkata, Mumbai (including Navi Mumbai and Thane), Noida (including Greater Noida and Yamuna Expressway) and Pune.

On the contrary, new launches in Millennium City Gurgaon increased 85 per cent in September quarter while sales appreciated 60 per cent. For the first time in several quarters, property prices saw an appreciation in Gurgaon, considered the most expensive property market in the national capital region. Between Q2 Fy17 and Q2 FY18, rates of property in the city increased by nine per cent.

In India's financial capital Mumbai, home sales saw an annual increase of six per cent while new launches appreciated 19 per cent. Rates of property also increased in Mumbai, registering a four per cent change in a year. At four per cent, Hyderabad witnessed a similar shoot in terms of pricing.

Currently, the average rate of a square foot of space in Mumbai stands at Rs 8,600. For the same space, an average price of Rs 6,000 has to be paid in Gurgaon, and Rs 4,100 in Hyderabad.  On the contrary, property prices declined by two per cent in Noida and by one per cent in Kolkata in the same period.  The average rate of property is Rs 3,900 per sq ft in Noida and Rs 3,800 in Kolkata, data available with PropTiger.com show.

According to the report, the key driver for increased new launches in Gurgaon and Mumbai is the affordable housing launches under the Haryana Affordable Housing Policy, 2013, and timely implementation of the Real Estate Law in Maharashtra.

What could we expect in the next quarter?

The next quarter may bring some relief for the sector, says the report.

“We expect sales and new launches will show a growth of 30 – 40 per cent on year on year basis in Q3 FY18 primarily because of the lower base of Q3 FY17 (demonetization period) as well as improvement in customer confidence,” the report says.

"Though the last quarter looks sluggish, the long-term story for the residential market remains strong. With effective implementation of RERA, we expect growth of 30 to 40 per cent on year on year basis in sales and new launches in the next quarter," says PropTiger.com Chief Investment Officer Ankur Dhawan. 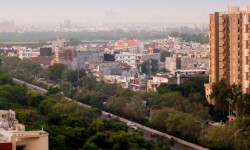 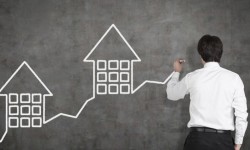 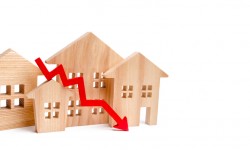