Within days of announcing a temporary cut in stamp duty on property registrations, the Maharashtra government has announced a hike in ready reckoner (RR) rates, in a move that is being seen as a negative one that would puncture buyer confidence and restrict the possibility of price reduction by real estate developers, especially in the Mumbai Metropolitan Region (MMR).

The new rates, under which the minimum registration value of properties in some localities will increase by up to 1.74%, would be effective from September 12, 2020. The hike in RR rate has been implemented in Maharashtra after a gap of two years.

This is in contrast with the move to temporarily reduce stamp duty to 2% from 5% for a three-month period between September 1 and December 31, 2020 and to 3% for another three months between January 1 and March 31, 2021.

You may like to read: Maharashtra Cuts Stamp Duty On Property Registrations By 3%

For the uninitiated, RR rates, also known as guidance value or circle rates, are the lowest permissible rate at which a property can be registered across Indian states. These rates vary from state to state and are subject to periodic revision. Based on the circle rates, buyers have to pay the stamp duty, registration charges and other taxes on their property purchases. In simple words, a hike in RR rates amounts to properties becoming costlier.

However, the timing of the hike could not have been worse, opine real estate developers and industry experts, considering that it has come right after a reduction in stamp duty and at a time when property registrations in key housing markets have come to a near halt situation, adversely impacting the state's coffers and builders' earnings.

“The state government move will send mixed signals to buyers in Maharashtra. While on one hand the government is indicating to homebuyers that they want them to buy homes, by slashing the stamp duty, it is marginally increasing the ready reckoner rates on the other hand,” says Ram Naik, executive director, The Guardians Real Estate Advisory.

“This increase, to a certain extent, is going to nullify the gains of the reduced stamp duty for the recently motivated customer. This increase is also going to force developers to pass on the additional burden of increased premium costs that are linked to the ready reckoner prices, onto the customers. All in all, we could have waited for a better day for such announcements,” says Naik.

“Income tax provisions mean a developer cannot sell at a price point lower than the RR rate, as it translates into taxation burden for both, the buyer and the seller. In this situation, the expectation was that the state government would reduce the value. Instead, it has chosen to increase the same,” says Niranjan Hiranandani, president (National) NAREDCO and Assocham.

While Mumbai is counted among the least affordable housing markets among global research reports, housing has also become quite expensive in neighbouring Pune because of robust rise in the past. The price growth has had an adverse impact on the sales, which has been declining, especially in the wake of the coronavirus crisis.

In Mumbai’s posh Peddar Road, for example, RR rates for apartments stand at Rs 650,600 per square metre (psm) while land price is Rs 369,300 psm. At Napier Road, RR rate for apartments is Rs 861,000 psm. For land in this locality, RR rate is set at Rs 475,400 psm. The prevailing RR in the Colaba division is Rs 282,700 per square metre (psm) for apartments while it stands at Rs 152,800 psm for land.  Even in Dharavi, which has the dubious distinction of housing one of the world’s largest slum establishments, RR rates stand at Rs 88,000 psm for flats.

Consequently, builders in the two cities are currently sitting on a huge inventory pile.  Mumbai and Pune currently have the highest share in the housing stock lying unsold across India’s eight prime residential markets, data available with PropTiger.com show. According to Real Insight: Q2 2020, a quarterly analysis of key residential markets in India, the two cities in the western part contribute 411,616 units to the unsold stock of 738,340 units as on June 30, 2020. At the current sales velocity, builders in the MMR will take 40 months to sell off the unsold stock while the overhang is 30 months for Pune.

This is why the developer community was hoping for a reduction in RR after the cut in stamp duty on August 26, 2020.

“It is surprising that in a scenario where everybody was suggesting a price reduction, be it (HDFC chairman) Deepak Parekh, (road and transport minister) Nitin Gadkari or (commerce minister) Piyush Goyal, the state government has instead opted to enhance the RR value,” Hiranandani added. 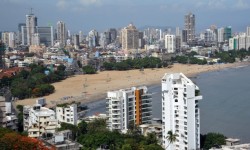 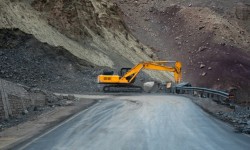