The India Rupee has been depreciating against the Dollar for a while because of the imbalance between supply and demand in the foreign exchange market. The Dollar has also witnessed an appreciation in the international markets.

When the Rupee depreciates against other currencies, NRIs would be able to purchase property in India at a much lower price. Local currencies in many Middle Eastern countries, for instance, are pegged to the US dollar. Factoring this in, real estate developers lure NRIs to buy apartments in India with attractive schemes, when the Rupee depreciates.

However, fluctuations in the currency markets are unpredictable and NRIs would be able to benefit from a falling Rupee only if they close a deal before the currency bounces back. Paying the deal amount upfront is a must because if the payment process is spread over many years, the value of Rupee may rise in this period, wiping out the benefits. Moreover, it is difficult to repatriate large sums of money.

A look at the foreign exchange norms that govern NRI investment in Indian real estate:

How do such foreign exchange norms influence the extent of NRI investment in real estate in India?

The Indian real estate sector would also benefit from the expertise of Non-Resident Indians, if there are fewer limits on such investments. Moreover, the lack of clarity in regulatory norms severely constrain the investments in the sector. The Indian government recently decided to consider non-repatriable NRI funds invested in India as domestic investment.  Such norms that are more investor-friendly would lead to a greater inflow of foreign exchange. 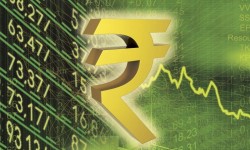 How NRIs May Gain By Investing In India Now 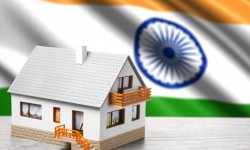 Why Realty Is The Best Bet For NRIs