The Supreme Court has agreed to hear petitions, seeking a stay on the Bombay High Court order that quashed the environment clearance given to the Coastal Road project. The petitions were filed by the Municipal Corporation of Greater Mumbai, Larsen & Turbo and HCC HDC JV.  The top court has also sought a response from the fishermen’s association, activists and residents who had challenged the project in the High Court. The SC will hear the matter after Diwali vacation. Earlier, the matter was listed for October 25, 2019.

The apex court has also declined to stay the Bombay High Court order which had quashed the ambitious CRZ clearance granted to the the coastal road project and said the petitions will be heard after the Diwali break.

On July 16, 2019, the Bombay High Court prohibited the Brihanmumbai Municipal Corporation (BMC) from carrying out any further work on the coastal road and cancelled the environment clearance given to the ambitious Rs 14,000-crore project, saying there was a serious lacuna in the scientific study and decision-making. The petition filed against the project, had claimed that the reclamation work undertaken for the project was illegal and would alter coastal biodiversity and traditional ecological practices. The much-publicised eight-lane freeway would run along Mumbai's western coastline, connecting Marine Lines in the south to Kandivali in the north.

A combination of underground tunnels, bridges and elevated roads, the project may have the following four stretches upon completion:

Stretch 2: A bridge from Priyadarshini Park to Baroda Palace (Worli).

Stretch 3: An elevated road from Baroda Palace to the Worli end of the Bandra-Worli Sea-Link.

Stretch 4: An elevated road from Bandra end of the Bandra-Worli Sea link to Carter Road.

The bottlenecks in the way of the project have been aplenty.

In April this year, the HC prohibited the BMC from carrying out any further work on the project. The BMC got relief when the Supreme Court allowed it to carry out the existing work in May this year. The apex court, however, barred the BMC from undertaking any new task related to the 29.2-km project.

Environmentalists and civic activists have also been aggressively opposing the project, not only because it “would impact the environment adversely”, but also for various other reasons.

They claimed it would promote private vehicle ownership and benefit just a few, while the eight-lane link from Nariman Point to Kandivali along the west coast will destroy the city's marine life and affect the community of local fishermen.

While the process to address the opponents' concerns went on, the government amended the Coastal Regulatory Zone Notification, 2011, to allow reclamation for the project. The Union environment & forests ministry gave Maharashtra go-ahead to reclaim land for construction by issuing a notification in this regard.

The project, expected to be completed by 2023, will certainly raise property prices in the areas that it will provide connectivity to. But how else will the project impact Mumbai and its real estate?

Need for speed to keep it green: While opponents of the project are lambasting it on the assumption that it will cause environmental damage, the project will actually help bring Mumbai's pollution down.

The number of vehicles registered in Mumbai increased from 1.5 million in 2007 to 2.8 million in 2016, data available with Statista show. This shows that on an average 97,000 vehicles were added to the city's already congested roads every year, assuming no vehicle went off the road during the period. Motor vehicles are one the biggest sources of pollution in the city. And, the situation gets worse with traffic congestion and unusual low speeds increasing vehicles' carbon emission.

An Island City surrounded by the Arabian Sea on the east, south and west, Mumbai, unlike other major cities, does not have a ring road network to channel its traffic from one side to another. This fully explains the classic jams on the city roads. When the coastal road project is complete – its 18 entry and exit points would allow better traffic movement between the freeway and local roads – it will not only help achieve faster vehicular speeds, but will also hit the brakes on Mumbai's carbon emission levels.

One of the points the critics raise is that the project might diminish the green cover of the city. However, the truth is that finding open spaces in the Maximum City is a difficult task. Mumbai has been able to add only 360 hectares of public amenity spaces, including green spaces, over the past two decades. Mumbai and its classic space crunch have inspired authors and movie makers for generations.

How will a freeway help the city handle this?

The coastal road project will allow the space-starved city to create more open spaces for its public by building sea-side gardens, promenades, and jogging & cycle tracks. The panel that reviewed the project in 2011 also suggested building public facilities like toilets and drinking water systems along the project, apart from “providing beaches through soft protection measures at appropriate locations”. The project would generate recreational spaces of about 75 hectares by the sea side through creation of sea-side promenades and cycle tracks.

"Once the construction is over, there will be a bigger green patch recreated across the coastal road for morning and evening walks,” says Fadnavis. 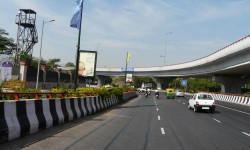 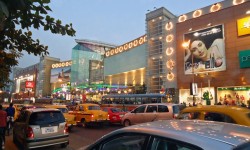 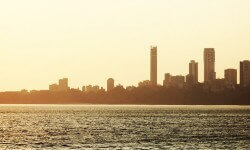