One often hears criticism on low levels of hygiene in Indian cities, even as littering in public places continues without many realizing the crucial part individuals can play in keeping cities clean. Indians, who have travelled abroad and seen the best of cities in terms of cleanliness and urban planning, often join the chorus that Indian streets would perhaps never be as clean as that of their counterparts in the West. But, for cities to become clean, complaints and passive lament don't work as the best remedies; just strong will and small initiatives by urban Indians to change this can transform cities.

In a first, a small group of students from University's Hindu College have joined the 'Swachh Abhiyan' with their brooms, and the Internet. Yes, you heard it right. Here is what they are doing right and how you can do this too:

Rome was not built in a day

Historical evidence shows that it took a long battle for cities to be as clean as they are today. In the late 19th century and early 20th century, urban-local authorities and leaders played a major role in cleaning up many of today's global cities. In 1895, for instance, Colonel George Waring, an engineer, took charge of cleaning New York's streets. His move hit hurdles initially but in a matter of seven months, leading newspapers such as The New York Times admitted that “marvels have been done toward the sanitation of the city”.

Also, in 1990 when the drive to clean the New York City was going on, life expectancy in the city was lower than in the rest of the US; today, it is higher than in the rest of the US. There is no reason why Indian cities cannot emulate such success stories in cleaning up streets, sidewalks, and providing clean water and better sewerage systems. A beginning, perhaps, has been made.

It is a fact that India's cities face unique challenges. The built-up area in cities such as Mumbai and Delhi, for instance, is spread over a large land parcel, while the heights of the buildings are short. This increases commuting time in these cities. Harvard Economics professor Edward Glaeser points out that Tokyo and Manhattan's Midtown area can be traversed largely on foot. However, traveling in vehicles is unavoidable in Indian cities due to longer distances. This, in turn, leads to greater costs and time spent on commuting and road congestion. Congestion also contributes to filthy roads in urban areas.

What are we doing?

The current government's 'Swachh Abhiyan' (Clean India Mission) is a major step towards sweeping the country clean. If implemented well, the mission could help India achieve cleanliness to a large extent. However, only government-led initiatives are not enough. In India, the urban-local authorities are responsible for providing clean water and better sewerage. However, as examples from across the world suggest, better sanitation also needs sufficient public participation and investment.

Hence, campaigns such as the ones being carried out by university students can create great impact. 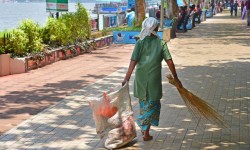 Have You Used The Swachh App Yet? Authorities Say Have Addressed 85% Complaints 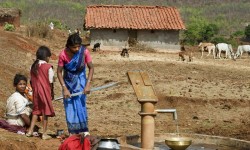 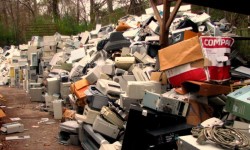