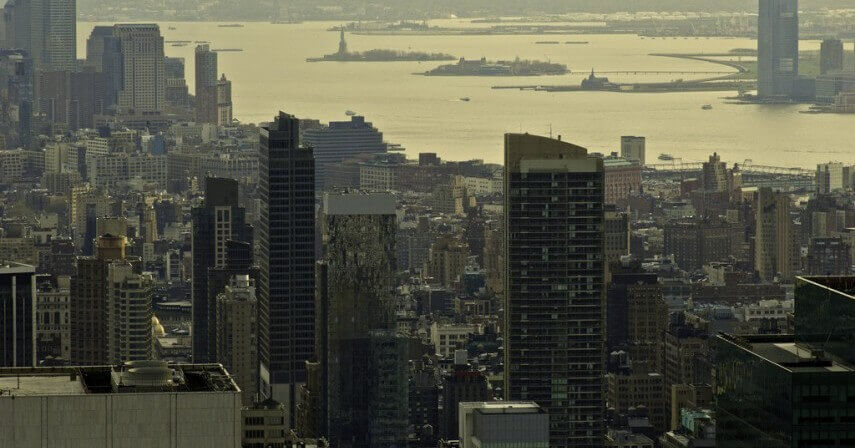 In New York of 1910, there were 15,875 people per square mile. By 2010, this had risen to 27,012 people per square mile. In 1910, there were 600 persons per hectare in Manhattan, and this declined to 335 persons per hectare in 2010. In other words, New York's densities roughly doubled, while Manhattan's densities nearly halved in hundred years. Indian cities have much to learn from how densities declined and rose in different parts of New York. 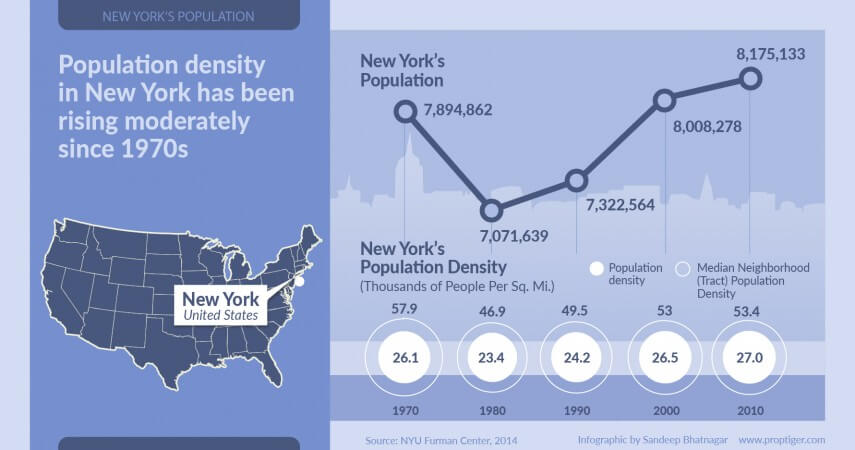 Like modern Indian metropolises, Manhattan was heavily crowded a century ago. Large number of people migrated to the island, but the construction industry was not able to deal with the situation very well. Transportation technology was not very advanced, and most people could not afford whatever that existed. Indian cities are going through a similar phase, though land-use regulations and transportation systems are a hinderance. Even though elevated trains were around from 1878 onward, most people could not afford to travel in them. This is true of Indian cities like Mumbai, where fares are cheap by western standards, but highly relative to Indian incomes. So, most poor immigrants lived in crowded rooms. There were 90,000 windowless rooms available for rent, and, often, 10 people lived in congested spaces. This is comparable to the situation in many Indian cities. 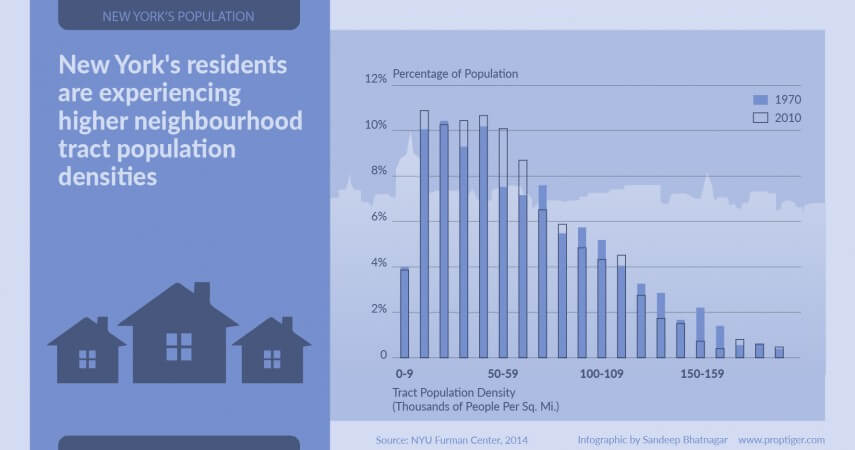 Over the period of a century, this changed. Why? In the early 20th century, like in most Indian cities, poor immigrants walked to work. In Lower East Side, floor space consumption was about 100 square feet per person, which is roughly twice of that of Mumbai's average floor space consumption of 48 square feet in 2009. Density was high in areas like China Town and East Village, where densities ranged from 1,000 to 1,600 people per hectare. During this period, Subway lines built in 1899, changed this because slowly low-income households were able to live in other parts of the city and travel to central areas. Before this, New York City was not decentralised. It is the subway trains, and later, automobiles that led to decentralisation of the city. Indian cities are yet to see such decentralisation on a large scale, but it is a matter of time. 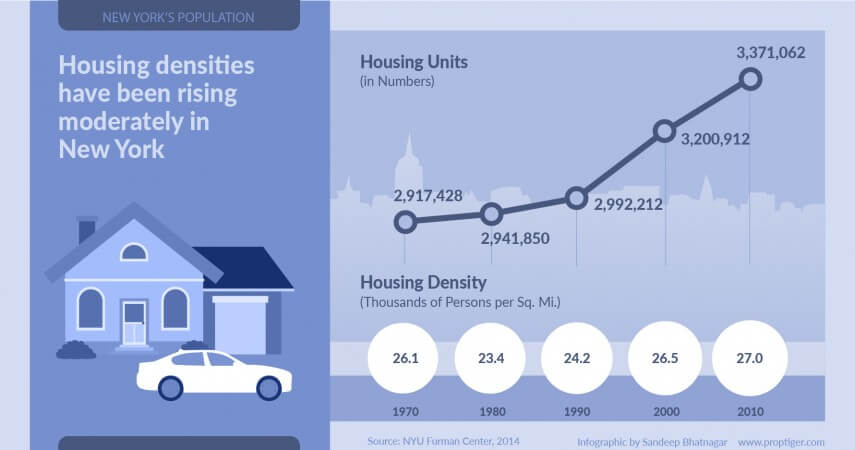 The truth is that the core areas of all major cities were unbearably crowded long ago. In 1800, nearly half a million people lived in an area of 11 square kilometers in Paris. In 2000, 10 million people lived in Paris in an area of 2,000 square kilometer. This means that when the built-up area of Paris rose about 200 fold, population rose only 20 fold. The density of Paris became one-tenth, over two centuries. This is partly because cities became larger, and partly because of the progress in transportation technology and development of transportation networks. 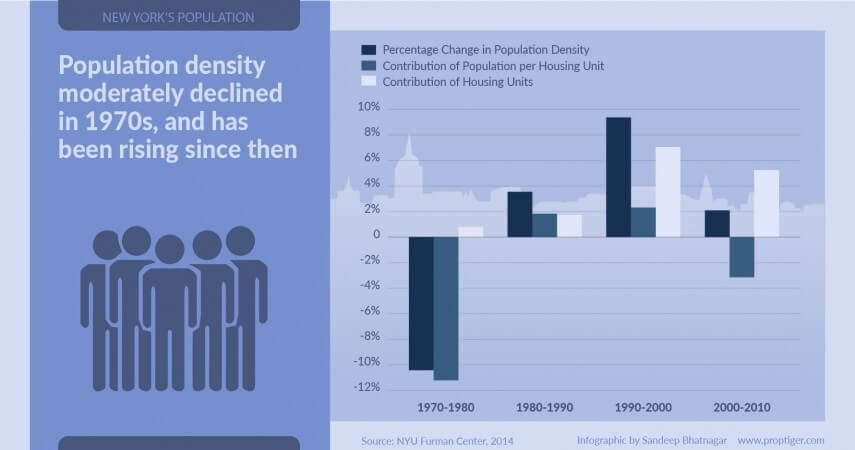 It is, however, not true that densities decline throughout history. It is not true that densities rise throughout history either. Manhattan has been becoming denser in the past few decades, though moderately. Since the 1980s, densities within Manhattan have been rising. In New York City, however, density has been rising throughout the 20th century, because when Manhattan's densities declined, people moved to the suburbs and periphery. The population in Manhattan declined, but the population in New York did not. When transportation became cheaper, people moved to more pleasant areas to live in, though people have been migrating more to Manhattan recently. People choose to live in dense areas when it makes sense to them, and they sub-urbanise when it makes sense to them. 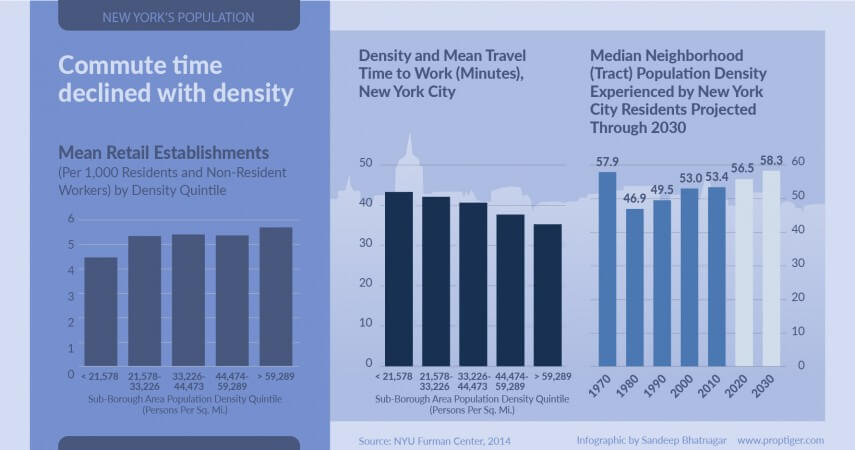