In what may come as a big cheer for Kolkata residents, the Calcutta High Court has allowed Kolkata Metro officials to resume tunneling work on the East-West metro corridor, a part of which will open on February 13, 2020. A small 5-km stretch between Sector V Salt Lake and Yuva Bharati Krirangan Stadium will be opened to the public on February 13, while the remaining 11-km stretch that connects the twin cities of Howrah and Kolkata via an underground tunnel, has been delayed by over a year now and will be ready for public use only after June 2022.

Work on the project had come to a halt after a machine boring a tunnel hit an aquifer in Bowbazar on August 31, 2019, triggering large-scale subsidence.

In addition to this, the East-West corridor has received a grant of Rs 905 crore- the highest among the five projects currently underway in Kolkata, in the Union budget. Apart from this, the New Garia-NSCBI Airport link, slated to be completed by June 2021, has been allotted Rs 328 crore, while the Noapara-Barasat line has received a grant of Rs 200 crore. The 16.6-km Joka-BBD Bag route, connecting the south-eastern suburbs of Behala with the heart of the city, has been granted Rs 99 crore, and the Barrackpore-Baranagar and Dakshineswar stretch, covering a distance of 14.5 km, allotted Rs 10 crore.

Here’s all you need to know about the Kolkata Metro Line II:

Also known as the East-West corridor, Line II is the latest Metro project in Kolkata. The 16.6-km route that is likely to be constructed at an estimated cost of over Rs 4,500 crore will be developed in two phases. The first phase will be 9.4-km in which the 5.8-km elevated stretch will be constructed, too. The remaining 10.8-km of the total stretch will be underground. There will be 12 stations on this route – four elevated and eight underground. This route will also see the country’s first under-water Metro route, wherein the train will pass under the Hooghly River.

However, now the Calcutta High Court on January 7, 2020, has directed the Centre to submit a report on resuming work on the East-West Corridor in the Bowbazar area where an aquifer burst during tunnelling work caused the collapse of several buildings in the area. The work has been delayed by over a year now.

Kolkata Metro connectivity in the pipeline:

Line-III: The 16.72-km route will run between Joka in the south of the city and Esplanade in the central part. There will be 11 stations on this route, construction of which is yet to begin.

Considering the popularity of this public transport, the Kolkata Metro is set to extend by another 50 km over the next three years as the Rail Vikas Nigam Limited (RVNL), the agency that has executed most of the Metro projects in the city, has now invited bids for four new routes in the city. The routes include the East-West Metro connection from Howrah Maidan to Sector-V, Kavi Subhash to the airport route and a nine km-stretch from Joka to Majerhat. 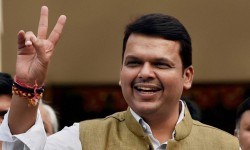 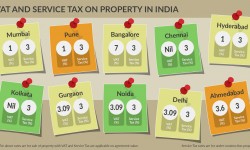 These Indian States Levy No VAT On Property 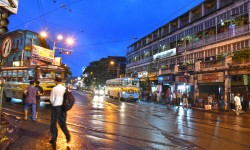