Monthly Watch: Noida Coming Out Of The Woods; Home Sales, Launches Up

Noida real estate seems slowly coming out of the woods. Data shows that new project launches in the city have gone up along with a pick-up in home sales.

According to PropTiger DataLabs, new launches in the national capital region's information technology hub increased 132 per cent on a month-on-month basis in October. It must be noted here that in September, too, new launches had increased 16 per cent over August.

According to a PropTiger DataLabs report for the second quarter report for the financial year 2016-17, Noida had the highest inventory overhang of 53 months among the nine major cities of the country. This has been a major cause of a sharp decline in new launches in the city in the past couple of years.

Interestingly, most of the new launches were concentrated in the luxury segment in property market best known for providing affordable housing.

Developers who launched their projects in Noida in the month of October include Airwil, Ajnara, ATS, Godrej and Satyam Real Build.  Units in these new projects can be purchased in the price range of Rs 2,100 per sq ft to Rs 7,700 per sq ft.

Noida localities that performed well during the month include Sector 1-Noida Extension, Techzone 4, PI, Sector 16C-Noida Extension and Sector 150. These localities, which largely offer affordable options to home buyers, contributed the highest to the monthly home sales in Noida in October.

In terms of prices, no monthly change was seen across the micro-market. However, annual trends show property prices in Noida declined seven per cent in October when compared to the same month in the previous year. 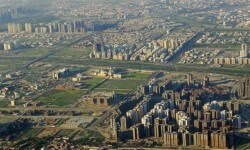 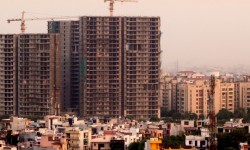