Land-use maps can give very valuable information on how land in Mumbai is being used now. (MumbaiData.in/Akshay Kore)

According to PayPal Co-Founder Peter Thiel, the results would be catastrophic if the future of the world is defined by globalisation alone. If technological progress does not happen rapidly enough to support it, the end result may be disastrous. Smart phones and computers have changed much in the past half a century but in the sphere of technology, nothing much else has.

This is true of roads, and other infrastructure to a great extent. The street networks of Wall Street, for example was set in the 17th century. Even though the buildings surrounding it has changed, the street networks have not fundamentally changed. Why? Street networks in particular and infrastructure in general are a result of design. While authorities builds roads, highways, metro lines, railroads and parks, the land-use pattern in most global cities is a result of the market process. Largely, the market decided how land is allocated. This often leads to constraints because infrastructure does not easily adapt to changes in land use. How do cities deal with this? Technology may be the answer. This is why we should not ignore an interactive land-use map designed by Akshay Kore, a student of IIT Bombay. It is important to note that Mumbai is a rare city where even land-use is not largely determined by the market.

Life in a metro

In many metropolises, when the manufacturing sector is replaced by the services sector, the land-use pattern changed. Why? Companies in the two sectors have different needs when it comes to location and the amount of land they need. This is why authorities in city-states like Hong-Kong allowed quick changes in land-use pattern and floor area ratios (FAR is the ratio of the floor area constructed on a plot to the area of the plot.) However, this did not happen in the case of Mumbai.

Mumbai's cotton Mills were founded in the mid-19th century and were located in the central areas of the city. But, in the late 20th century, these cotton mills were outcompeted by mills in smaller cities and mills in other Asian countries which were able to produce at a much lower cost. Mills in central Mumbai could not compete with them, partly because they occupied very valuable land. But, labour laws and urban policies allowed these obsolete mills to stand in Central Mumbai unused. Some of the land was auctioned off recently, but much of this land is yet to put to valuable use.

Land-use maps can give very valuable information on how land in Mumbai is being used now. On Kore's interactive land-use map, for example, by selecting data sets, one can see the pattern of land use. You will be able to see where land is used for industrial or residential purposes, and where open spaces, government offices, water bodies and natural areas are. Consider this. The yet to be constructed Mumbai Trans Harbor Link (MTHL) is near the idle land of the Mumbai Mills and the Mumbai Port Trust. Ideally, the construction of the MTHL and decisions on how people should commute over the bridge should be based on how the Mill land and the Port Trust land is put to use. Some estimates of the World Bank suggest that even at a low floor area ratio, many of the homeless households in Mumbai can be accommodated on such idle land.

This is true, not just to Mumbai, but also of Indian cities like Bengaluru, Gurgaon or Noida. For example, when technology made outsourcing possible, the land-use pattern in Bengaluru changed significantly. Cities are growing rapidly, and it is not so easy to keep track of how the organisation of urban space is changing in Indian cities. At the same time, we now have superior tools that help us see how a city is growing.

There is more to this. The built-up area of Mumbai is spread over a very large area. This is striking because Mumbai is not only a highly dense city but also a land-constrained city. When the demand for land is high, people build taller buildings because the cost of construction is much lower than the price of land. Think about the broader picture. Land prices are largely set by the market. What do prices tell us? When price of the land is high, this means that such land is a scarce, very valuable resources. We should use scarce, valuable resources carefully. When the price of land is high, it means, “This land is valuable. Use very carefully.” This is why real estate developers build very tall in cities like Hong Kong, Singapore, Shanghai and New York, to not waste valuable land by building short buildings.

Mumbai has not done so, and this is why despite its high density, the built-up area of Mumbai is spread over a large area. This increases commute distances in Mumbai, with many people commuting one-three hours from their homes to workplace. This makes roads congested and air polluted, especially because there is no way to efficiently travel from Mumbai's docks to the mainland. The population density figures the census puts out is a rough estimate, while a good land-use map can show the complexity of the problem, by showing how dense some areas are, and how sparsely populated some areas are. A land-use map of the world recently showed that half the people in the world live in one per cent of the land. What does this tell us? There is no intrinsic scarcity of land. If there is idle land in central or peripheral areas of Mumbai, cities can increase the consumption of housing while making housing affordable, by using central land and building better infrastructure to peripheral areas.

Many decisions are complex. If the city spreads far, with more open spaces and public spaces, the environment within the city will be good. But, if the city wants to protect environment outside the city, denser development which leaves the periphery alone would be ideal. This land-use map, for example, shows the natural areas and water bodies in Mumbai. Such information by itself does not say anything. But, a land-use map will at least tell you how such objectives can be met. 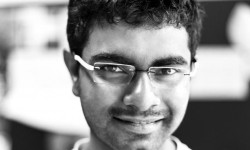 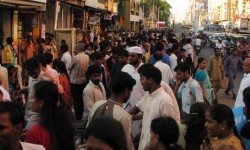 Indian Cities Are Dense, And There Is Nothing Wrong With It 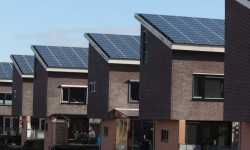 Studies Confirm It Is Time for Indian Cities To Think Sustainable