One of south India's prominent locations, Visakhapatnam is more than just the wonderful landmarks that it is home to. Known for its Waltair Club, the port, the Collectorate and the famous King George Hospital, the city is also coming up as a prominent real estate market. Unlike Vijaywada, where an investor must think of his risk appetite before he invests, Visakhapatnam is a safe investment bet.

Banking on its assets

What gives Visakhapatnam an edge over other cities down south? When the city was in the Smart Cities race, experts hailed the prospects. One, the city's industrial and academic balance meant that the city is receptive to innovation and implementation of initiatives undertaken by both public and private organisations. Besides, given that infrastructural assets, including the port and the airport, coupled with the core industries are already operational, Visakhapatnam makes for a good investment option. Unlike Tenali and Mangalgiri, cities that need to come up still, Visakhapatnam is ready for the decision you make. Besides, the authorities have also been prompt in shaping the city. The willingness of the state government to usher in e-governance or the municipal corporation's effort in coming up with the beach development front cannot be undermined.

What's in it for you?

Over 300 projects both in the under-construction and the ready-to-move-in category are available in Visakhapatnam. There are ample choices in terms of property types, including plots, apartments or independent homes and the broad price range is Rs 5 lakh to Rs 2 crore.

Data with PropTiger.com show that over the past 50 months the price growth has been significant. It comes as a good news to investors who have reinstated their faith in the property market. In April 2013, the capital values stood at Rs 2,900 per sq ft on an average. By September 2017, the prices stand at Rs 3,400 per sq ft. The market has not been volatile which works for you whether you are an investor or an end-user. Besides, you have the benefit of entering a market now at a price advantage.

Plots can be purchased for an average cost of Rs 26 lakh while 1BHK units are usually priced at Rs 20 lakh. You can find 2BHK and 3BHK units in the price range of Rs 36-60 lakh. These rates are an average estimated by researching about the 48 popular localities in the city. Prices may vary, depending upon the amenities, the quality of construction, the age of the building and such other determinants.

The construction of the Navy Armament Depot (NAD) Junction flyover is expected to be completed in 18 months, foundation of which was laid by Chief Minister Chandrababu Naidu in October, 2017. The junction that connects three arterial roads is the busiest and will be constructed at a cost of Rs 113 crore. The flyover will have a six-lane under passage rotary separator type-3 level flyover with two levels with three lanes on the first level and four lanes on the second.

Once operational, the flyover would be able to handle as many as 10,000 cars and one lakh commuters. While walkways, bus stops and footpaths are to be developed, additional service and approach roads are also on the radar.

Digital Andhra gets a boost

While the state government is keen to promote Visakhapatnam as the Fintech hub, it has recently signed a memorandum of understanding (MoU) with industry expert Rubique that will help finance technology that will lead to job growth and ease of doing business.

Tourism may get a new high

The government is also planning to enhance tourism in the city and would be meeting investors. The effort would be directed to propose Visakhapatnam as the tourist capital of the state as per AP Chambers of Commerce and Industry Federation (APCCIF) president G Sambasiva Rao and its Tourism Sub-Committee chairman, K Lakshminarayana.

Check out all the projects on sale in Visakhapatnam on PropTiger. 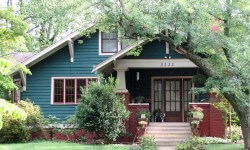 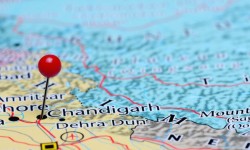 Here's All You Need To Know About Chandigarh Property Market 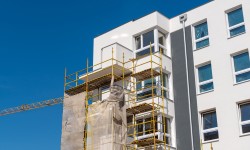