In what comes as a major relief for developers in the trouble-hit real estate market of the national capital region (NCR), authorities in Noida, Greater Noida and Yamuna Expressway could be considering a new exit policy for developers. Under the proposal, developers will be able to surrender to authorities their land parcels lying vacant, at the rates the allotments were done. Authorities, on the other hand, would sell these surrendered parcels at the prevailing market rates to interested developers.

The move comes as a breather after media reports last week said the Noida authority had decided to raise land allotment rates by as much as 14.19 per cent. This, reports added, were being done even as states across India were planning to reduce land allotment rates to revive property markets.

Amid slow demand, India's property market in general, and Noida's in particular, had suffered across the four quarters of 2015-16. According to PropTiger DataLabs' India Realty Report FY 2016, the national capital region was the worst-hit, with Noida leading the pack. While sales in the city took a major beating – down 51 per cent year-on-year (YoY) – new launches declined by 68 per cent during the year. Inventory overhang, on the other hand, remained as high as 70 months. Overall, developers active in the city went through a very rough year.

How will the new exit policy help both parties?

Cash flow for developers: Developers in Noida have a huge inventory to clear before they have enough cash to start new projects. The cash crunch has also forced many developers in the region to stop projects midway. Launching new projects has been out of question for many, and this has led to land parcels lying vacant with them. If developers are allowed to sell these parcels, they will be able to utilise the cash in a more productive manner. For example, they can spend this money on their market strategy to liquidate their inventory.

Revenue generation for authorities: While developers were hit by the slump in the property market, authorities were also affected. Their revenue collection has taken a hit, hindering the overall development process. In fact, the Noida authority's move to raise land allotment rates seems like a hasty attempt to increase revenue generation. By acquiring land parcels from developers without having to pay any extra money and selling those at higher rate, authorities will be able to generate substantial revenues. However, that is not all. By freeing land parcels lying vacant for productive use, authorities will able be able to boost real estate activity in general. 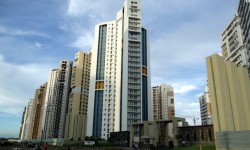 #RealtyNewsRoundup: Soil Testing A Must Before Allotment Of Group Housing Plots In NGY Region 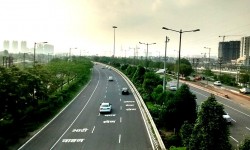