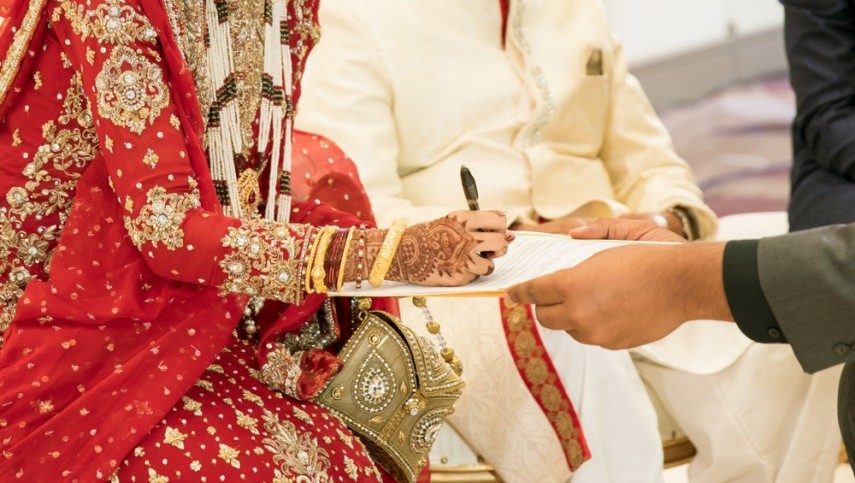 If a Hindu woman enters into a matrimonial with a Muslim man without converting to Islam beforehand, the marriage would neither be “regular” nor “valid”, under the existing laws.  While the wife in such a case will be entitled to dower (mehr), she cannot inherit her husband’s property, the Supreme Court (SC) has ruled.

The order by the top court upholds an earlier order of the Kerala High Court, by which it was ruled that the son of one couple, Mohammed Ilias and Valliamma, was legitimate and was entitled for a share in his father's property. Valliamma was a Hindu at the time when the marriage took place.

Under the Muslim law, a marriage is a civil contract which can be broken at the will of the parties concerned. Under the Islamic laws, there are three types of nikaah (marriage) ─ valid, irregular and void. A marriage that follows all the prerequisites set under the law is a legal or sahih marriage. An irregular marriage, known as a fasid marriage, takes place when the two parties fail to fulfil the prerequisite norms to make it valid. If a Muslim marries for the fourth time, for instance, it would be a fasid marriage. Similarly, if there are no witnesses to the ceremony, the marriage would be held irregular under the Islamic law. A marriage that involves taking the consent of either party forcefully is considered void. Children born out of such wedlock have no right in their father’s property.

While giving its verdict in a case recently, the top court also ruled that children born out of such wedlock are legitimate, and are eligible to inherit the property of their fathers.

"The marriage of a Muslim man with an idolater (Hindu) or fire worshipper (Zoroastrians) is neither valid nor void, but is merely an irregular marriage ... the legal effect of this is that though the wife is entitled to get dower (mehr), she is not entitled to inherit the properties of the husband, in case of consummation of the marriage. The child born out of that marriage is legitimate, as is in the case of a valid marriage, and is entitled to inherit the property of the father," the SC ruled.

Mehr is the gift a Muslim husband promises to pay his bride at the time of marriage. There are no fixed rules on the Mehr amount, and it is fixed between the two parties after consultation.

The SC ruled is based on the fact that an irregular marriage is not unlawful in itself.