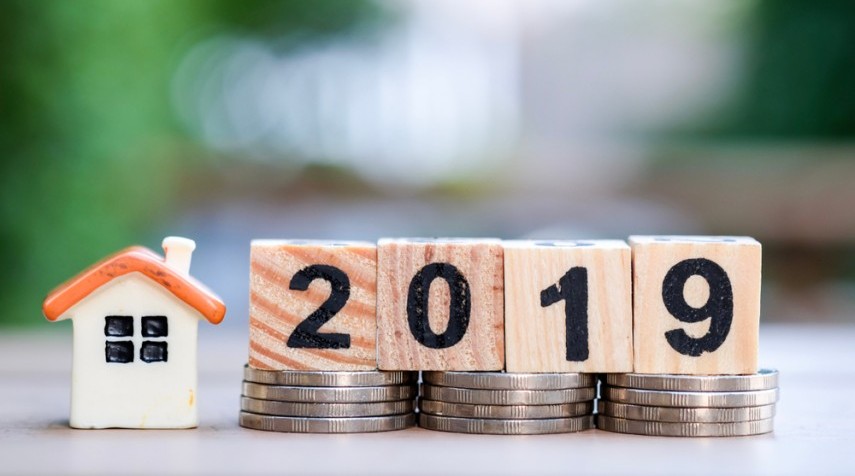 In its first budget post its re-election, the central government has touched upon various aspects and tried to strike a balance. Finance Minister Nirmala Sitharaman’s budget outlay on July 5, 2019 saw the lion’s share going to infrastructure and allied development. However, the housing sector is positive too, thanks to some progressive steps being reiterated or put in action such as rental housing, sops for affordable homes, among others. Sitharaman’s insistence that growing urbanisation will be viewed as an opportunity and not as a liability, is indicated by the fact that various projects have been announced to lift the Tier II, Tier III cities, not to forget the rural areas as well.

Surendra Hiranandani, founder and director, House of Hiranandani, says it is a ‘budget for all’ referring to the many aspects that found a mention in the budget --agricultural and rural sector, infrastructure, education, job creation, digital economy which will eventually touch everyone. Overall, “Enhancing the ease of living and consolidating the real estate sector will further provide people with a comprehensive social security and strengthen the government's vision to make India a $5 trillion economy,” asserts Pranay Goyal, managing director, Wedevelopment.

Hailing it as a boost to the sector, Hiranandani explains that “Currently, high cost of houses and high property taxes, lead to a low rate of return (ROR) from rental housing, which makes renting out an un-remunerative proposition. The new Model Tenancy Act is expected to balance the rights and responsibilities of both, landlords and tenants that will make the rental market more efficient and streamlined across the country.”

Nimish Gupta, MD South Asia, RICS, adds that “It is heartening to see that the FM continues to extend focus on rental housing. This can build on the agenda for ‘Housing for All’ and add impetus to the residential market by increasing the much needed housing supply.”

Dinesh Jain- MD, Exotica Housing, asserts that it is a great move that no changes have been made to previous announcements such as the hike in TDS limit of rental income or LTCG or notional rental value. Suresh Garg- CMD, Nirala World and ex-secretary, CREDAI Western UP agrees to this saying that this continuity of decisions in itself is a big boost.

Affordable housing gets a boost

Hariom Dixit-director, Gayatri Group states that this “Budget was dedicated to the affordable housing segment. This budget has increased the saving capacity of home buyers and this will convert in to home purchase.” Laying much emphasis on the progress of centre’s pet scheme- Pradhan Mantri Awas Yojana – Urban and Rural, the Finance Minister has made sure that affordable home buyers benefit significantly. “The steps to provide impetus to the housing sector would have a multiplier effect on GDP growth given the sector’s significant economic linkages, a deduction of Rs 1,50,000 on interest on loans borrowed under affordable housing, will help boost the demand of Housing for All by 2022,” says Avneesh Sood, Director Eros Group.

“On a home loan of 15 years, home buyers can save up to Rs 7 lakhs and it is huge amount,” adds Jain. Hardik Agrawal, CEO, Radha Madhav Developer (Vrindavan), Sufalam Infra Projects Ltd, too calls this a ‘welcome boost.’

“We are happy to know that the budget is going to bring the much-needed buoyancy to the currently sluggish real estate sector,” emphasises Jose’ Braganza, Joint MD, B&F Ventures (P) Ltd.

Along with infrastructure status to the affordable housing segment, increased carpet area, re-defined income definitions to boost supply in the market plus extension of the 100 per cent tax holiday under section 80-IBA of the Income Tax Act, 1961 to 31 March 2020—provisions that were announced in the last budget coupled by the impetus to affordable home buyers, Budget 2019 has come out positively, agrees Ramesh Nair, CEO and country head, JLL India. Besides, the government is also mulling over permissions to own land for housing development. Under Public Private Partnerships (PPP), affordable housing could thrive.

Development through infrastructure building was at the core of Budget 2019 as was agriculture and the rural sector. Experts believe that infrastructure has massive power to align housing demand and distribution in a certain way and therefore, the thrust on this issue will fare well for the sector. “The allocation of Rs 100 lakh crore investments for the infrastructure sector over 5 years, is also a welcome move to put India in a high growth trajectory that will make it a $5trillion economy by 2024-2025,” points out Sood. “The allocation towards infrastructural development will see an outburst of new satellite cities, ultimately making way for new land parcels and housing developments,” adds Rajan Bandelkar, president, NAREDCO Maharashtra.

About 13 lakh homes under PMAY have been built with new technology. As improved technology is being welcomed by the centre under the banner of digital India, it has got industry experts excited as well. Li Qiongjia, director, Risland (North India) said, "We are very pleased that the government is taking notice of the new technologies being used in the realty sector."

RBI as a housing finance regulator

The central bank is hereon equipped to regulate housing finance companies. So far, the National Housing Bank (NHB) was in charge. “The managerial shift of housing finance to RBI, is a thoughtful move expected to address and work towards eradicating the existing liquidity crunch,” concurs Bandelkar.

Start-ups have firmed themselves into the Indian economy and with many a sops announced to nurture these, co-working space providers find it to be indirectly beneficial for the health of such commercial spaces. “Though several measures across labor laws, education, and rental housing segment will have a direct impact on start-ups in the country, leading to enhanced demand for co working spaces, there still are several demands that could have been met,” feels Manas Mehrotra, chairman, 315Work Avenue.

Industry status for the sector remains a distant dream

“To bring back growth in the sector which is so vital to any developing economy, we expected the government to impart industry status to the sector which would enable developers to cut capital costs and pass on the benefits to consumers. We were also expecting single-window clearance which has been a long pending demand from the sector,” concludes Surendra Hiranandani.