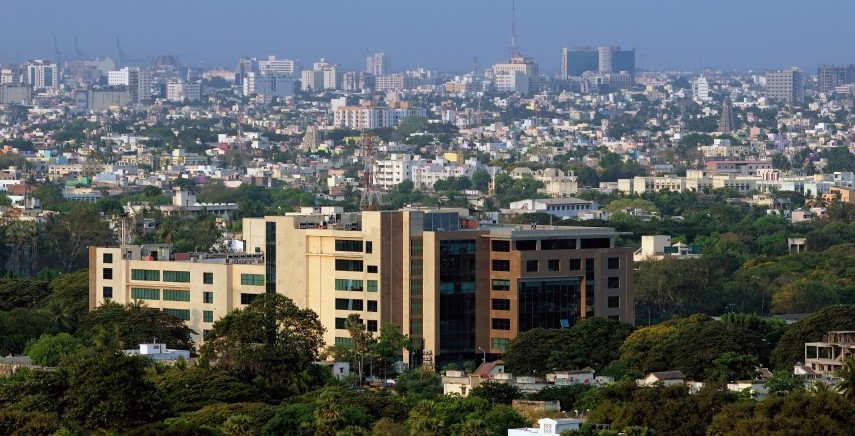 The year 2016 was mixed for Chennai real estate market. The government is looking forward to various measures to tackle with the ongoing natural calamities like the flood and cyclone which has caused harm in the recent past.

The passage of Goods & Services Tax (GST) and Real Estate Regulatory Act (RERA) has been one of the biggest highlights of the year 2016 that is sure to benefit the real estate sector in the long run. Apart from the passage of GST and RERA, Union Budget 2016-17 also saw major reliefs for the affordable and rental housing segments in the country. All these factors are going to benefit the Chennai city which is at present not showing any positive move in the property market.

PropGuide takes you through the year that had gone by for Chennai city.

The cyclone winds jeopardised many telecom towers damaging communication equipment or leading to entire shutdowns due to power shortage. Internet-based services suffered the most, manufacturing too took a knock. The cyclone took a toll on Chennai's smart city project. After Chennai was chosen for redevelopment, the city is yet to begin a single project under the Rs 1,366 crore proposal. The December 2015 floods also affected the city's infrastructure and other housing projects. The floods had already delayed many infrastructure developmental projects, and now the cyclone could have very well fueled project delays despite the fact that developers were concentrating on completing them than launching new ones. According to senior officials, the local body is at present in the process of borrowing nearly Rs 1,500 crore from German development bank KfW for implementing its integrated storm water drain project. This would be the highest borrowed sum as of now.

Overview of the project launches

Stagnant prices and piled up inventory weakened the status of new launches by 10 per cent over the last year. Though the project launches grew 350 per cent in the month of September over the previous month, in the second quarter (Q2) of the financial year 2016-17 too, the launches saw a quarterly growth of 15 per cent, according to PropTiger DataLabs figures. The project of 400-acres township in Orgadam has been re-launched by Hiranandani Communities. Apart from this, housing projects like Liberty, Chronicle, Irish Garden Villa, Vidyasagar Oswal Gardens, Grande Perungudi were also launched in this year.

According to PropTiger DataLabs report, the micro-markets which have performed well in 2016 are Navallur, Perumbakkam, Singaperumal Koil, Sholinganallur and Medavakkam. The maximum number of the launches were seen in the western suburbs and localities along OMR (Old Mahabalipuram Road).

The property prices in Chennai witnessed marginal annual appreciation of two per cent. The high-end projects like in the luxury segment saw the maximum price rise. The price range in top five localities of Chennai varies from Rs 3,600 per sq. ft to Rs 5,500 per sq ft. Out of the top five, Navallur witnessed the maximum sales ranging from 6-10 per cent.

Developers who made their mark

Developers who launched their project in Chennai are Radiance Realty, Ramky Wavoo, Voora Property Developers, Casa Grande and Smithila Foundations. Out of these, Radiance Realty launched maximum units of 484 in total under the Liberty housing project in Navallur. The project was on sale in the price range of Rs 3,999 per sq ft.