The Central government has extended the validity of its interest subsidy benefit of about Rs 2.6 lakh on home loans under the Pradhan Mantri Awas Yojana (Urban) for beneficiaries belonging to the middle-income groups (MIG) by 15 months. The earlier deadline was set for December this year. Now, the people can avail of the benefits under the scheme till March 2019.

The Namma Metro's route from Yelachenahalli to Anjanapura Township Station is expected to be functional by 2018-end. A part of the Metro-Phase II, the elevated 6.29-km southern extension of the Green Line, will have five stations ─ Anjanapura Cross Road, Krishna Leela Park, Vajrahalli, Thalghattapura and Anjanapura Township (Nice Junction).

Nearly 50 members of DXP Welfare Association, which represents 34 residential projects on Dwarka Expressway, have approached the National Highways Authority of India for expediting the completion of the highway. The expressway project, which was launched a decade ago, has seen multiple delays due to land acquisition hurdles.

Real estate company Supertech has raised Rs 350 crore from L&T Finance to fund an ongoing housing project in Greater Noida. The Noida-based company also plans to launch next month a sports-centric housing project in Noida Extension (Greater Noida - West) where it would develop over 4,500 flats/villas at a cost of Rs 1,100 crore. 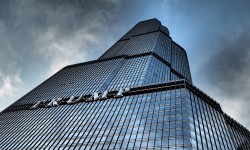