Realty News Roundup is PropGuide's selection of the day's top stories from the real estate sector.
Giving a fresh push to the ambitious third Ring Road project, Delhi Development Authority on Wednesday approved the alignment of a small section of the proposed road, which has been stuck for years. With this, the agency can now start work on the last leg of the route that is expected to reduce traffic congestion in the city, once completed. The 79-km semi-circular stretch will provide vehicles entering the city from Karnal a direct link to NH-10 (towards Rohtak) and NH-8 (towards Gurgaon). According to the approved alignment, the extension starts from NH-1 and passes through Narela and Rohini and connects to NH-10. It then bypasses Najafgarh and connects to Dwarka and NH-8.
West Bengal Housing Infrastructure Development Corporation is soon going to launch 'Smart City New Town app'. The app will provide citizens and tourists in New Town information about all the places of interest, along with all the relevant details. Meanwhile, many services in New Town have now been digitised. Payment for many products and services can now be done via e-wallets.
Fearing further dip in revenue from the property registrations stream as well as legal hitches, the Telangana government has dropped the idea of revising market value for property registrations this year. After demonetisation of currency notes of higher denomination, there was a steep fall in revenue from property registrations in the state. To fill revenue loss, the state government initially hinted at increasing market values of land with chief minister K Chandrasekhar Rao taking up the matter with revenue and finance department officials.
As part of an initiative to provide homes to lakhs of homeless people in the state, the Kerala government has decided to allot them apartments. The state government intends to construct four lakh low-cost housing facilities by the end of 2021.
Tags: Video, West Bengal Housing Infrastructure Development Corporation, propguide, Telangana Government, Ring Road 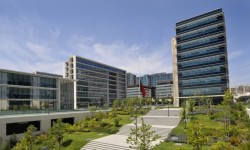 Upcoming Industrial Parks In Telangana To Have Housing Facilities 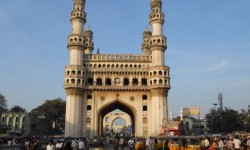